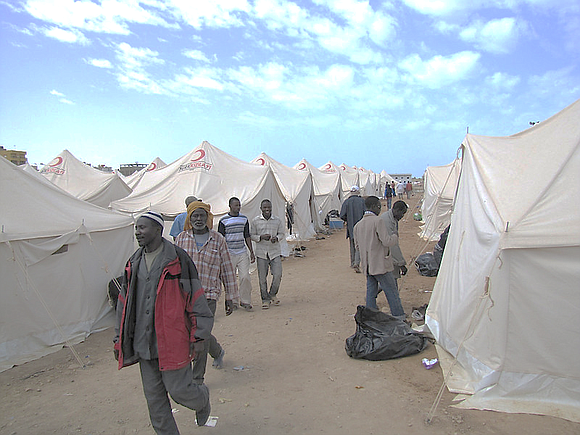 With funds paid by the European Union and cooperating African governments, refugees are being sent to distant centers where they are expected to make their asylum appeals. Rwanda has just signed on to hold some 500 migrants fleeing a deadly civil war in Libya.

But Rwandan President Paul Kagame is not welcoming refugees simply out of generosity: he will likely ask for a diplomatic reward from Europe—one that boosts Rwanda’s international leadership on migration and refugee affairs, while remaining silent about recent human rights abuses.

It may come with a price for the migrants and refugees, too. The small East African country already hosts more than 148,000 refugees. Though they have social and economic rights, including the right to work, rights on paper do not always equate to rights in practice. Refugees in Rwanda often struggle to access public services and employment opportunities. The government has also violently repressed refugee protests against discrimination and food shortages in camps.

Rwanda also has some serious human rights baggage. Last year, police fired on refugees from the Democratic Republic of Congo who were protesting outside the U.N. Office on Refugees after their food allowance was cut from $8.90 to $6.70 per person, per month. Nine died. A year after the shootings, authorities have failed to release their investigations of the fatal shooting nor have they identified those responsible for using excessive force and held them to account.

“There can be no justification for shooting at unarmed protesters,” said Lewis Mudge, Central Africa director at Human Rights Watch. “The Rwandan government is trampling on the graves of the victims by refusing to acknowledge how many people were actually killed or holding those responsible to account.”

Rwanda’s new role, holding desperate migrants, is expected to relieve pressure at a similar facility in Niger which reportedly holds close to 3,000 migrants from Libya.

Those evacuated to Niger were supposed to be making a temporary stop before returning home with the assistance of the U.N.’s migration agency, or being resettled in Europe. But the operation faced repeated problems, largely because EU countries were too slow at actually resettling the evacuated refugees. This highlights the plans’ fundamental flaws: the offshore centers are too small and the pledges of refugee resettlement too few.

Meanwhile, tens of thousands of migrants and asylum seekers remain trapped in Libya, where a patchwork of militias control detention centers and migrants are sold as slaves or into prostitution, and kept in places so packed that there is not even enough floor space to sleep on.