New York’s repeal of the religious exemption to vaccines: what it means for African American families 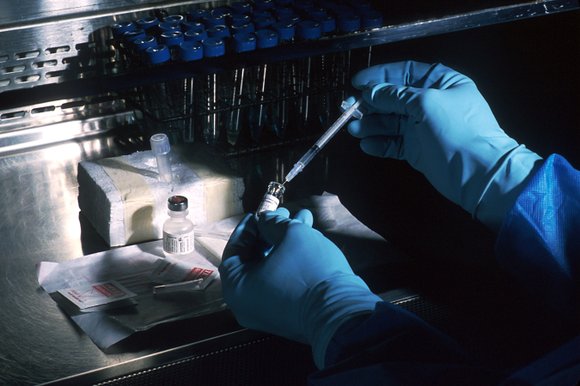 Without a single public hearing, the New York legislature pushed through a law on June 13, 2019, to repeal New York’s long-standing religious exemption to vaccination. Under that exemption that existed for more than 55 years, parents who held “genuine and sincere” religious beliefs against vaccination could opt out of some or all vaccines on behalf of their minor children. In the event of a vaccine-preventable disease outbreak in a school, children not vaccinated against that disease had to stay home. This was the compromise that New York successfully navigated for over half a century between infectious disease control and religious freedom.

All that changed June 13. Without warning, without hearings and with statements by legislators, calling parents who don’t vaccinate “liars,” “frauds” and worse, the NY Assembly and Senate voted to repeal the exemption, throwing more than 26,000 children out of any school, public or private. With two weeks’ notice, families have been forced to vaccinate against their religious beliefs, homeschool their children or move out of state.

Making the situation even harsher for many families, the NYS Department of Health issued new “emergency regulations” on Aug. 16, 2019, severely constricting the grounds on which physicians can issue medical exemptions to vaccination. Medically fragile children are now at risk that they may not be able to access medical exemptions, even when their treating physicians believe those exemptions are appropriate.

Although several lawsuits have been filed to challenge the repeal of the religious exemption on a variety of grounds, none has yet slowed or halted the repeal. For many families, the end of the State’s 14-day grace period for school attendance will occur next week. Healthy, unvaccinated and partially vaccinated children will be thrown out of school, as if these children are somehow disease-ridden or unworthy of education, neither of which is true. The State is turning its back on healthy children that want and need to go to school.

Many see the struggle for vaccine rights as a critical new front in the struggle for civil rights in the 21st century. If parents cannot decide what substances are injected into their infants, toddlers and children in accordance with their own religious beliefs, if children face banishment from civil society for rejecting serious medical interventions on religious grounds, then families are not free. The State is then violating the Constitution’s First Amendment promise of religious liberty.

Families are fighting back. This past Sept. 9, hundreds of parents gathered in Albany to pressure the NYS Board of Regents to halt or slow implementation of the repeal. Every month when the Regents meet, families will gather to bear witness to the injustices their families now confront. Parents are contacting the lawmakers who voted for repeal, letting them know the havoc this repeal has caused to their children and families.

The Harlem Vaccine Forum will explore ways in which parents can work to change the situation in New York. It will explain how homeschooling works and how this can be a viable alternative until the law changes. The Forum will also analyze how the repeal is already disproportionately impacting African American and Latino families and other minority communities that cannot afford to homeschool. It will examine the reality that Child Protective Services historically removes children more readily from African American and Latino homes than from other homes on allegations of educational or medical neglect. Families that refuse to vaccinate will have to file homeschooling plans with their school districts or face potential truancy charges.

Children’s Health Defense, founded by Robert F. Kennedy, Jr., is leading the charge in filing lawsuits to overturn the repeal. A team of lawyers and activists are working to turn the situation around. Come to the Forum and learn all about it!

Mary Holland is vice chair of Children’s Health Defense, a nonprofit organization whose mission is to end the epidemic of chronic childhood health problems, to hold accountable those responsible, and to ensure safeguards so this never happens again.