Yusuf Hasan: The man behind the African American Day Parade 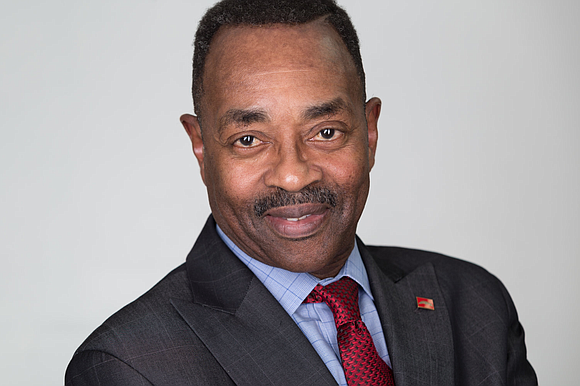 Yusuf Hasan is the chairman of the African American Day Parade. The parade, which is celebrating its 50th year, brings out hundreds of thousands of spectators, more than 200 organizations, clubs, marching bands and groups to Harlem.

Taking the reins from the parade’s founder Abe Snyder in 2013, Hasan had served as a board member for the parade since 1980. At the time he was the youngest member of the board. He oversaw the parade’s development and is making sure the event lives on for years to come.

“Without community, none of us will survive,” he said. “Our goal is to solidify this parade for the next 50 years.”

Born in Alabama, Hasan grew up during the era of the Civil Rights Movement when public schools were desegregated in the South. He was bussed to a white school where he faced racism. He moved to Westbury, Long Island, New York when he was 15 and moved to Harlem in 1973. Hasan became a member of the Nation of Islam where he is a member of the Masjid Malcolm Shabazz (known as Mosque No. 7).

“The Masjid Malcolm Shabazz Mosque on 116th is an anchor for life of the Muslim community,” he said. “I will be there to support that place because it is historical.”

Keeping to his mission of helping the community, Hasan is a board certified chaplain at Memorial Sloan Kettering Cancer Center. He specializes in pediatric spiritual care and helps people of all faiths.

His work with community events extends to the annual Juneteenth/KingFest Celebration Parade Masjid Malcolm Shabazz puts on. The event is the largest Juneteenth celebration in New York State.

When it comes to the African American Day Parade, Hasan’s mission was to ensure the event lives on for future generations. The parade is held annually every third Sunday in September and was started in 1968 by the Afro-American Day and the United Federation of Black Community Organization.

To solidify the parade’s future, Hasan brought on younger board members, relaunched and redesigned the parade’s website and enhanced the parade’s social media presence. The board has commissioned a documentary produced about the African American Day Parade that was recently shown at the Schomburg Center for Research in Black Culture. The documentary is the first part of a series about the parade containing archival footage.

The theme for this year’s African American Day Parade is “Integrity and Transparency = Good Government” honoring individuals and organizations that have made contributions to African American community through politics and government.

“This parade is really about showcasing the absolute best of our community and commemorating our ancestors and what they have contributed to this world,” Hasan explained. “African Americans are very resilient and our strength is in our unity. Before I leave this earth I want to pass this along to younger people that we don’t stand on the shoulders of our ancestors, they stand on the shoulders of us.”