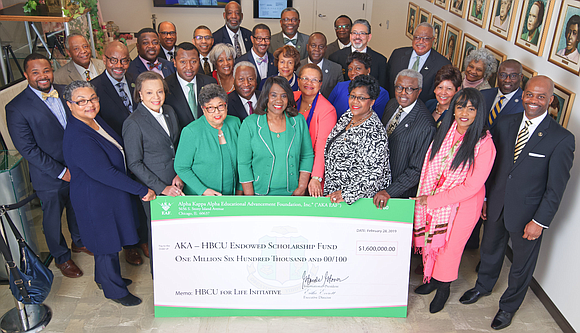 Alpha Kappa Alpha Sorority, Incorporated raises $1 million in 24 hours for a second consecutive year during HBCU Impact Day on Monday. As part of a four-year $10 million fundraising goal, AKA International President Dr. Glenda Glover is leading the challenge for contributions that can help to secure fiscal sustainability and success across all Historically Black Colleges and Universities (HBCUs). 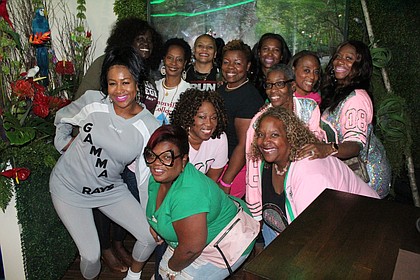 “Once again this is a historic moment for Alpha Kappa Alpha, as we have raised $1 million for HBCUs for the second year in a row,” Glover shared with excitement in a video message to sorority members. “I want to thank everyone who contributed to this $1 million, one-day campaign. Let’s continue to support our HBCUs.”

On Monday, as part of the sorority's recognition of HBCU week, chapters of Alpha Kappa Alpha Sorority hosted fundraising events around the globe. Locally, the Eta Omega Omega Chapter of Alpha Kappa Alpha in the Bronx held a "School Daze Party" fundraiser Friday night at Code Red Restaurant and Lounge in the Bronx. The chapter is also hosting an HBCU fair on Saturday at the Gun Hill Community Center. 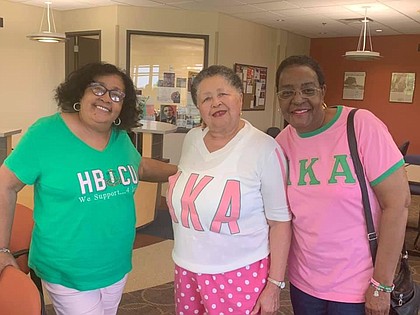 "Historically Black colleges are the root and foundation from post-Civil War when we were not accepted at predominately white institutions," said chapter president Donna Joseph. "Who else but us to lead the charge in making sure our HBCUs are fiscally supported."

In February, AKA gifted $1.6 million from their AKA-HBCU Endowment Fund to 32 HBCUs. Presidents from these institutions joined Dr. Glover and sorority leadership at a special Black History Month program at the Ivy Center International Headquarters in Chicago, Illinois.

Donors can make contributions by texting AKAHBCU to 44321, giving by mail or online at http://aka1908.com/hbcus/donate-hbcu during the 24-hour campaign. Money raised through HBCU Impact Day will assist in providing financial support to these schools over the next three years.