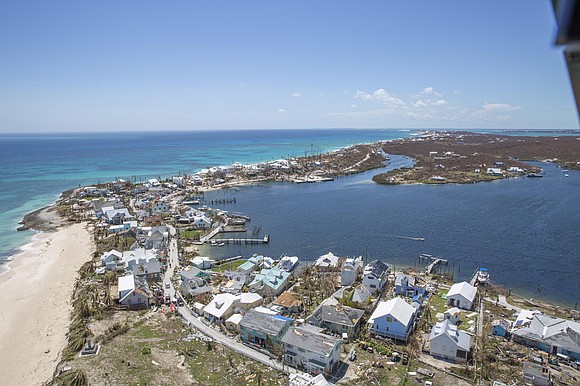 Some of the claims from authorities that the death toll will rise dramatically in the coming days have subsided for now, but Haitian immigrants who live in The Bahamas have formed themselves in to groups to help in the relief efforts in the aftermath of Hurricane Dorian and to ensure welfare issues are looked after.

With the death toll hovering around 50, officials like former Prime Minister Hubert Ingraham argue that the number of deaths will stun Bahamians when the rubble of Abaco and Grand Bahama are cleared. But officials are yet to make such discoveries and add to the official number of fatalities.

Those two were the hardest hit areas by the category five storm, rated as one of the most powerful on record in the Atlantic region.

After visiting the areas in the past week, former prime ministers Perry Christie and Ingraham declared that the death toll will rise astronomically in the coming days.

Ingraham in particular was adamant that thousands of Haitian migrants who had lived in shantytowns in Abaco especially would have perished given the strength of the storm and the destruction it wreaked. His declaration is supported by some rights groups including the newly formed United Haitian Community Front.

“It is my opinion, the opinion of Hubert Alexander Ingraham, based upon information I have, based on my knowledge and what not, etc. that hundreds of people have died. I pay no attention to 50. I said I pay no attention to it. I speak for myself on the hundreds. I do not make wild statements. I do not make uninformed statements,” Ingraham said, sharing a table with Christie.

The Bahamian Tribune reported that the most recent study of the shantytown situation in Abaco had indicated close to 800 homes with just over 3,000 people. Hundreds are missing, the publication said, noting that the database of the national emergency agency already has close to 350 mission persons on register.

Meanwhile, Ingraham said that the Caribbean archipelago is woefully unprepared to deal with such a staggering situation and to cope with a death toll that would be in the hundreds.

“We have not had devastation of this size before. Abaco has a significant population, so does Grand Bahama. We are not accustomed to having substantial deaths during hurricanes in The Bahamas. They have generally speaking been very low numbers, single digits at most. Whereas in this case, hundreds of people have died in Abaco and significant numbers in Grand Bahama.”

As authorities search through the rubble, regional neighbors are stepping up assistance efforts, contributing cash and material aid for a member state that was ranked as among the most prosperous before the storm.

As well, the housing ministry has banned reconstruction of homes and structures in the Haitian shanty districts until next year to allow for recovery efforts, the removal of storm debris and to cater for a review of building codes and other regulations going forward.