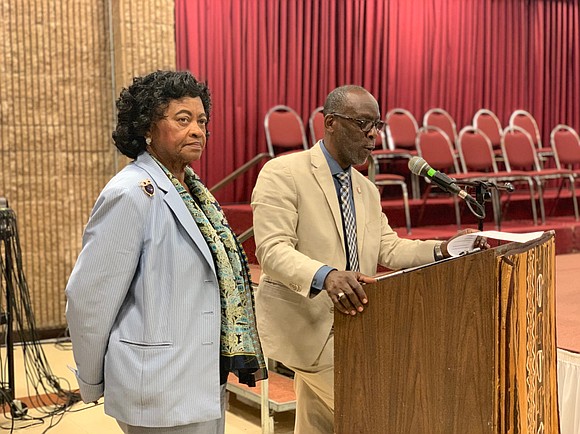 At the back of the auditorium, there were tables with representatives from the Department of Finance (Marcel Dixon), New York State Comptroller, and the Attorney General’s Office.