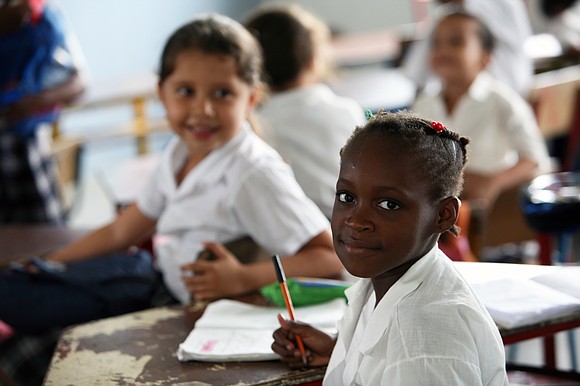 Let’s call it what it is. New York City’s education system is racist and until there is an unapologetic dismantling of its system which breeds racial inequity and disparities to maintain the status quo, New York City public schools will remain an unresponsive system for Black and Brown students.

New York City public schools are a far cry from the progressive, cosmopolitan bastions of diversity and integration that one would think. Don’t believe me? Have a conversation with some of the alleged progressive white alumni from (insert the name of specialized NYC high school), so insidiously committed to preserving the admissions protocol of their alma matters, or essentially any columnist at the New York Post.

A lot of white folk in this city have made their fortunes off the inequity of this system, and they want their children to do the same. A lot of folk have also made names for themselves as “progressive” allies, gaining clout, promotions, and salary raises at the expense of Black and Brown children who continue to be pushed to the margins by antiquated and inaccessible school admissions driven by inequitable screening, disproportionate suspension rates, and curriculum that does not include their culture. For years, so-called liberal, white elite New Yorkers have strategically placed themselves as gatekeepers of education policy, further pushing a carefully-scripted agenda that was not designed to promote the posterity of Black and Brown people in the city.

It should come as no surprise that Chancellor Richard Carranza’s efforts to push forth a more racially- equitable agenda is being met with harsh resistance from white and white-adjacent gatekeepers. From white women filing lawsuits claiming discrimination to the refusal of some to participate in DOE supported “Courageous Conversations,” the white-elite resistance is nothing more than a continuation of the exact racism that has continued to fail NYC’s students.

White gatekeepers, with any association to influencing education outcomes in the city, are pushing back—or remaining abstemiously silent—as the DOE pursues an agenda that better serves NYC’s population of students. If we want better for our students in this city, Black and Brown people in this city must push for an agenda that includes culturally-responsive teaching, an equitable admissions process, more teachers and leaders of color, and equitable supports in our schools.

We must fight for an agenda that considers the nuance of what it means to an English Language Learning student in schools unequipped with the appropriate language-speaking teacher and one that honors the unique conditions that come with being a first-generation immigrant student.

We must challenge the longstanding white-elite, faux-progressive policy and influence that keeps the education system from adequately serving Black and Brown students.

It’s time for us, Black and Brown people, to agitate, dismantle, and rebuild our system.

Black and Brown people must support the chancellor (or at minimum, the advancement of a POC-centered agenda in schools) because it’s the only way to truly address the disparities that exist with NYC’s education system. The system is white, but our advocacy does not have to be.

Black and Brown educators, advocates, parents, students—we must insert ourselves into this ongoing conversation and agitate for change. We must challenge the status quo, while also holding Chancellor Carranza accountable in making sure that our Black and Brown students are centered in all policy considerations.

The time to push is now. We must fight against racism in New York City’s education system.

Kevin Beckford a former teacher, is co-founder of an education nonprofit called The Hustlers Guild.