WNBA Playoffs into the semi-finals 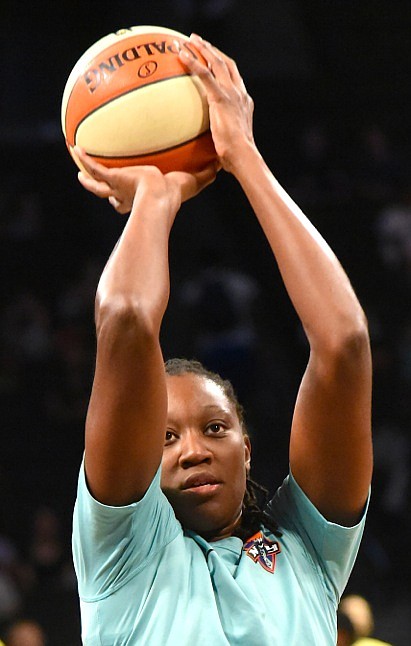 Four teams dominated play throughout this WNBA season and now those teams are facing off in the semi-finals. On Tuesday evening, the Washington Mystics defeated the Las Vegas Aces 97-95, and the Connecticut Sun overcame the Los Angeles Sparks 84-75. All of these teams are highly motivated, but only the Sparks have previously won a WNBA Championship.

The first two rounds of the playoffs were the ever daunting one-off games. In round one, the Chicago Sky handily defeated the Phoenix Mercury, which was without an injured Diana Taurasi, 105–76. The Seattle Storm downed the Minnesota Lynx 84–74.

Round two was a bit more intense. In the battle of the three-time WNBA Champions, the Los Angeles Sparks prevailed over the Seattle Storm 92–69. The Storm was without last year’s WNBA MVP Breanna Stewart, who was injured playing overseas in the off-season, and Sue Bird, who did not sufficiently recover from knee surgery to join the team for the playoffs. The Storm should be proud of a very good season that showcased the team’s depth.

In the other round two game, the Las Vegas Aces defeated the Chicago Sky 93–92 thanks to a 35-foot shot from forward Dearica Hamby with 4.6 seconds remaining. “I’m not surprised at all. Dearica pushed for this, she deserves this and that’s something I never really seen before and that’s crazy,” said Aces forward A’ja Wilson.

This is only year two of the Aces franchise. The team began as the Utah Starzz and then became the San Antonio Silver Stars from 2003 to 2017. The acquisition of Australian center Liz Cambage this year pushed the Aces to new heights.

With the New York Liberty falling short of the playoffs, the players are now scattering to different corners of the globe. Some are heading overseas. Tina Charles spent this week training with USA Basketball, as contenders for next year’s Olympic team begin preparations. On an exciting note, for the first time in franchise history, Liberty will have the No. 1 pick in the 2020 WNBA Draft as determined by the WNBA Draft Lottery on Tuesday night.