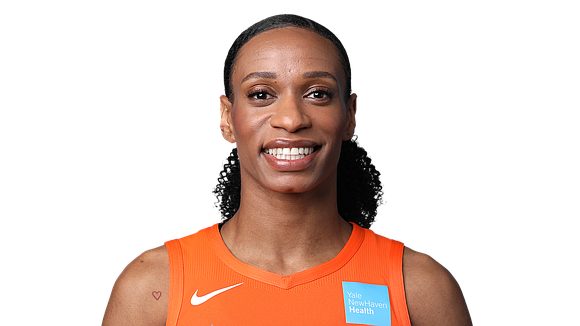 Leaving nothing to chance, the Connecticut Sun came in hot in the WNBA semifinals, winning its series with the Los Angeles Sparks 3–0. The first two victories came on home court in Connecticut. On Sunday afternoon, the Sun took on the Sparks in Southern California, but the good vibrations were all pointing East as the Sun prevailed 78–56, earning the team’s first trip to the WNBA Finals since 2005. Guard Jasmine Thomas led the offense with 29 points and guard Courtney Williams had a double-double, with 17 points and 13 rebounds.

“No matter what happens in the regular season, when you get to the playoffs, it’s just a different ball game,” said Thomas. “We’re just playing at a different level, different amount of composure, and we’re not letting things get to us that happen throughout the game.”

In the other semifinal the Washington Mystics defeated the Las Vegas Aces 94–90 to punch a return ticket to the WNBA Finals. It will be the first-ever Finals featuring two teams from the East. Game one is Sunday in Washington, D.C.

While the playoffs take place, several WNBA players whose teams are out of contention are in San Juan, Puerto Rico taking part in the FIBA AmeriCup. Liberty forward Tina Charles and Lynx center Sylvia Fowles are the two Olympians seeing action. They are joined by WNBA Rookie of the Year Napheesa Collier, All-Rookie Team member Arike Ogunbowale and University of Connecticut sophomore Olivia Nelson-Ododa.

Head coach Dawn Staley is spreading out the playing time so she can get a picture on who can be a strong contributor to the national team as it prepares for next year’s Olympic Games. “The assist-to-field goal percentage is always high with USA Basketball,” said Staley. “This is a place in which, if you’re open, you’re certainly going to get an opportunity to shoot the ball, and more times than not, our players can knock down shots.”