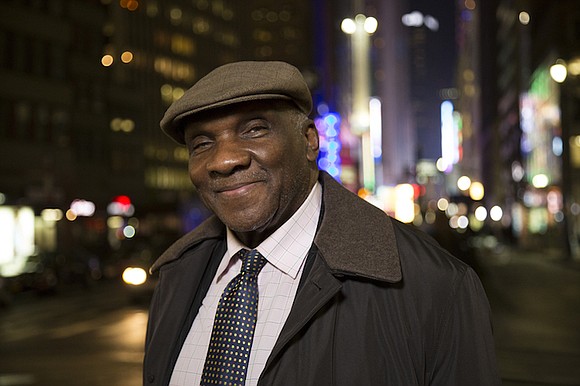 Harold Mabern Jr., the pianist and composer with the big smile, roaring laugh and a profound percussive sound that lit the piano like a Saturday night jook joint as he caressed every key with an energetic magical touch, died unexpectedly on the evening of Sept. 17, 2019, in New Jersey. He was 83.

Mabern’s label Smoke Sessions Records announced his passing via social media on Sept. 19. The cause of death was a heart attack.

In the 1990s, Mabern led a trio with bassist Nat Reeves and drummer Joe Farnsworth. His musical relationship with Farnsworth began when the drummer was his student at New Jersey’s William Paterson University, where Mabern began teaching in 1981. He retired from his position on the university’s faculty in 2017.

His music collaborative association and friendship with Fansworth and another former student saxophonist Eric Alexander continued throughout. From 1992-2016 Eric Alexander recorded more than 20 albums with Mabern as pianist. As a leader Mabern recorded with Alexander and Farnsworth intermittently from 2001-2018 which included their final recording together before the pianist’s death, “The Iron Man: Live at Smoke” (Smoke Sessions Records), which also featured bassist John Webber. Mabern was scheduled for a short tour of duo performances with Alexander in the winter of 2019-20.

Mabern, one of the key musicians out of Memphis who helped influence the development of hard bop, played on some of the greatest jazz albums in history such as the two-album set “Night of the Cookers” (Blue Note 1965), Stanley Turrentine’s soulful “Don’t Mess with Mr. T” (CTI 1973), Fank Foster’s “Loud Minority” (Mainstream 1974), (Lee Morgan’s “Live at the Lighthouse” (Blue Note 1970) and his “The Gigolo” (Blue Note 1968). “The Gigolo,” the album or title track, doesn’t get any better. Mabern blazes on this tune; his crushing crescendos and his fire behind Morgan’s trumpet is a universal piano workshop for musicians until the end of time.

“One of the great Memphis musicians that added to our musical heritage forever. How can one forget the legendary album ‘Night of the Cookers.’ Harold Mabern could play anything on piano,” stated noted attorney and jazz historian Kenneth E. Ramseur. “I had the pleasure of seeing Harold and his childhood friend George Coleman perform together on many occasions. Beale Street did talk.”

In 1954, after graduating, the pianist moved to Chicago to attend the American Conservatory of Music but due to a sudden change in his parents’ financial circumstances he was unable to attend. However, he was able to take private lessons there for six months while developing his music reading skills by playing with trombonist Morris Ellis’ big band. When not studying or practicing often 12 hours per day he took time out to catch Ahmad Jamal playing and secured gigs with Walter Perkins’ MJT + 3.

Mabern moved to New York City in 1959. According to his own account, he moved there with high school friend and saxophonist Frank Strozier. Upon checking into a hotel he went directly to Birdland, where he met Cannonball Adderley, who asked him if he wanted a gig. Mabern quickly said yes and was introduced to trumpeter Harry “Sweets” Edison, who was looking for a pianist to replace the soon-to-depart Tommy Flanagan. After a brief audition he was offered the chair.