It’s Act 2 for Daniel Jones after a sterling debut 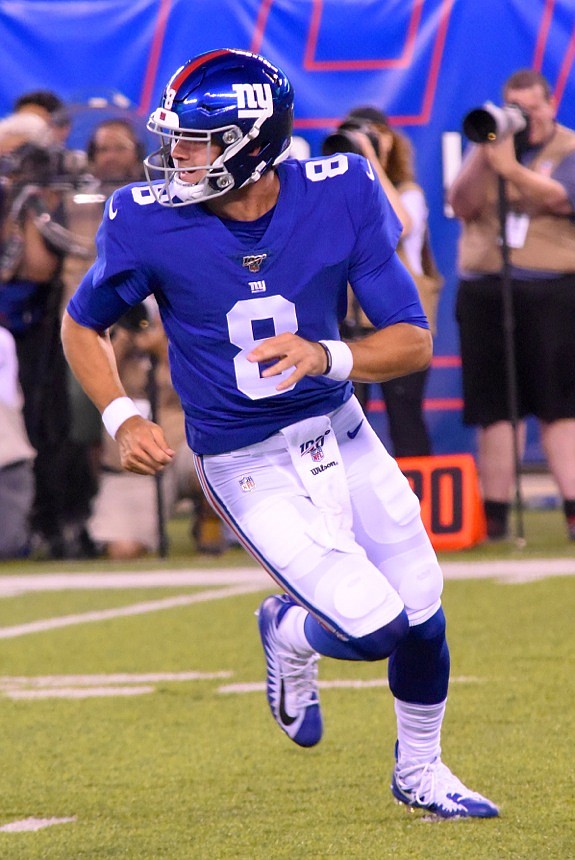 It’s understandable why so many Giants fans are drunk with optimism after watching rookie quarterback Daniel Jones lead his team to a 32-31 victory over the Tampa Bay Buccaneers on the road this past Sunday in his first career start.

Prior to the win, the Giants had lost five straight games dating back to last season. Yet it is advisable for the masses not to overact to a single performance. Jones shouldn’t be anointed as the Giants’ next Super Bowl quarterback nor harshly criticized when he strings together a block of subpar games, which is certain to happen.

Fans must take a macro view in assessing Jones over a sample size that extends well into next season. There is a long list of past and present NFL quarterbacks who have flashed great promise early in their careers only to settle into mediocrity.

However, there is no denying Jones’ first impression as Eli Manning’s successor was encouraging. From the outset of the game, the 22-year-old from Duke University, chosen by the Giants with the sixth overall pick in last April’s NFL draft, showed what he displayed during the preseason. Jones was poised in the pocket, processed defensive coverages competently, and capably used his ability to run the ball, scoring two rushing touchdowns. Jones and the Giants overcame a 28-10 halftime deficit to earn their first win of the 2019 season and take a 1-2 record into MetLife Stadium this Sunday when they’ll host 0-3 Washington.


The youngster accounted for four touchdowns overall, including a 75-yard strike to tight end Evan Engram on the Giants’ opening possession of the second half and a 7-yard TD pass to wide receiver Sterling Sheppard at 8:14 of the third quarter to slice the Bucs’ lead to 28-25 after converting a two-point try.

Tampa Bay went up 31-27 but Jones ran for a 7-yard score with the Giants facing a do or die fourth and five with only 1:16 remaining to give his team their first lead of the day. Tampa Bay kicker Matt Gay subsequently missed a potential game-winning, 34-yard field goal as time expired to culminate a surreal ending for Jones and the Giants.

“I don’t know about that,” said Jones following the game when asked if he expected to have such an auspicious start, “but exciting win and exciting finish there for us. I thought we showed a lot of fight and we battled back after kind of creating a hole for ourselves there in the first half.”

For all the good feelings spawned by Jones and the win, there was also a deep amount of concern resulting from the Giants’ star running back Saquon Barkley sustaining a high ankle sprain against the Buccaneers that is expected to keep him off the field for at least four weeks and possibly much longer.

Without Barkley, opposing defenses will now center their game plans around stopping the Giants’ passing attack, which makes Jones’ ability to create positive yardage with his legs increasingly important to their offensive efficiency.