Knicks prepare for training camp without a big name star 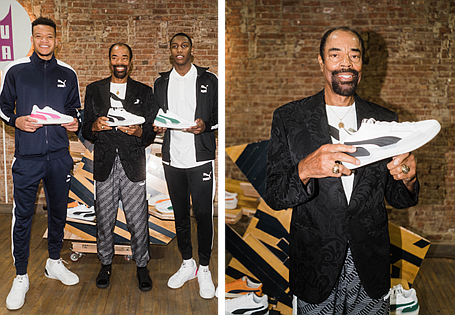 Before they fell to the No. 3 spot in the NBA Draft Lottery in May, the Knicks, who had the worst record in the league last season at 17-65, maintained grand designs of being in the enviable position of holding the No. 1 overall pick and having cap space for two max contracts.

The vision of the trio of Zion Williamson, Kevin Durant and Kyrie Irving elevating the Knicks back to prominence in the standings was a realistic possibility in the spring. However, by early summer, Williamson was a member of the New Orleans Pelicans, winners of the Lottery, and Irving and Durant kept a long rumored pact by becoming teammates and turning Knicks fans’ dreams into a nightmare by signing with the Brooklyn Nets.

So when training camp opens next week, the Knicks will begin the 2019-20 season devoid of star power. By trading Kristaps Porzingis to the Dallas Mavericks last February, they divorced themselves from their lone All-Star and best player while the 24-year-old power forward/center was recovering from a torn ACL sustained in February of 2018.

Now the Knicks will look to construct a competitive team comprised primarily of unproven young players and veterans who are teetering on journeymen status. Inarguably, the Knicks’ three most significant players are second-year center Mitchell Robinson, second-year forward Kevin Knox and rookie R.J. Barrett. The goal of team president Steve Mills, general manager Scott Perry and head coach David Fizdale is to develop Robinson, Knox and Barrett into cornerstone players of their rebuilding plan or assets to acquire All-Star players as the Los Angeles did in trading Lonzo Ball, Brandon Ingram and Josh Hart in a package this past July to obtain Anthony Davis.

The still raw Robinson was perhaps the biggest surprise of the entire 2018 draft class. Selected by the Knicks in the second round with the 36th pick, he was a high school All-American in 2017 but skipped college to prepare for the NBA. Although the 7-foot-1 Robinson was limited offensively, his superior athleticism helped form the 21-year-old into a defensive force and NBA All-Rookie Second Team honoree. Robinson led all first year players in field goal percentage (.694) and blocks (2.44 per game).

The 20-year-old Knox was the ninth overall pick and in 75 games averaged 12.8 points and 4.5 rebounds, ranking him seventh and ninth respectively among all rookies. Many NBA scouts and executives believe the 6-foot-9 Knox has the tools to be a future All-Star.

The 6-foot-7 Barrett was a consensus first team All-American playing alongside Williamson at Duke before entering the draft. He just turned 19 in June but has an alpha male mentality and high motor that will serve him well at the next level. The views on Barrett are mixed. Some see his ceiling as a solid role player while others project him as an eventual All-Star.

Last week, Knox and Barrett joined Knicks legend and broadcaster Walt “Clyde” Frazier as members of the Puma family at The Flat NYC in Manhattan to unveil the brand’s Clyde Hardwood sneaker. Knicks fans are hoping Knox and Barrett can help spawn a new glory era similar to Frazier’s championship years with the franchise.