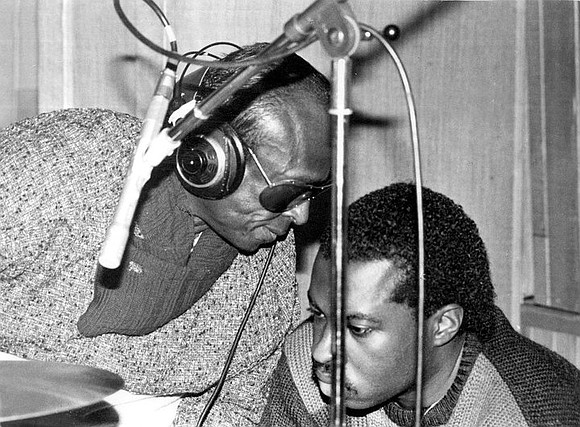 Vince Wilburn Jr., the nephew of the late, great Miles Davis, is celebrating the release of the new Miles Davis documentary, “Birth of the Cool.” Wilburn, along with Davis’ son Erin Davis and daughter Cheryl Davis, oversees the estate, making the decisions of how Davis’ legacy will continue and be personified.

Not only does Wilburn oversee his uncle’s estate but he also toured with Miles Davis as his drummer. He toured and recorded with Davis on many legendary recordings from 1984 through 1987, including the Grammy Award winning album “AURA,” which he co-produced, “Decoy,” which he also co-produced, “You’re Under Arrest,” and the 2008 Grammy nominated “Miles from India,” which hit No. 8 on the Billboard jazz charts.

We spoke with Wilburn about the new documentary “Birth of the Cool,” being with Miles through the ups and downs, and new music that is emerging.

AmNews: You’ve toured and recorded extensively with your uncle, Miles Davis, so you know him very well. What sets “Birth of the Cool” apart from the others?

Wilburn: For me, this documentary is the definitive documentary of my uncle. I think Stanley Nelson is a creative genius. We met with him, 10 or 15 years ago, but we couldn’t get [the documentary] going because of our schedules. After “Miles Ahead” [was released] he came back around three years ago and met with the family. It was the right time.

You know when you meet somebody you just know? We knew it was [the right time] to do it. Stanley said, “Listen, I’m not going to sugarcoat or hide anything. It’s going to be the real Miles Davis.” We were like, “Okay.” After we signed the contract, we didn’t see anything until he finished. That’s the remarkable thing about Stanley. He would let me sit in on the interviews; we didn’t see anything until the night before we went to Sundance. When I saw it, I cried like a baby. It was moving.

AmNews: What did you want the documentary to get across to its viewers?

Wilburn: I just wanted people to know what Uncle Miles sacrificed to be Miles Davis. I was around during the dark and the bright periods, but it was always the music first. He changed the course of music four or five times.

AmNews: What did he sacrifice?

Wilburn: Time with his kids. The abuse of his wives and drugs. I’d like the public to know he always came out with a bright light.

AmNews: Were there things that he had done that you had to work personally to forgive?

Wilburn: No. You know, when you have a superhero or someone you look up to who is going through things you don’t understand as a kid, I didn’t understand the drugs. I was too small to know about the abuse [towards] women. I heard about it and I read about it, but I didn’t live by those things and I didn’t want to see him go through it.

I also experienced the highs of playing in front of 75,000 people, so when I think about Uncle Miles, I think about bright times, the great times. The times of me playing drums all over the world and being in the studio with him. That outshines everything.

AmNews: What is it like to have the responsibility to be running Miles Davis’ estate along with your cousins, Erin and Cheryl Davis? Is it a heavy task to manage his estate and affairs?

Wilburn: No, we have a great team. We have a great publicist, we have great lawyers, we have a great team of accountants. And we all have our personal lives. We all come together organically and collectively to keep the brand going. It’s like family. The entire team is like family. We don’t fuss and fight. Erin and I are musicians, so that helps, and Cheryl is an educator. I have my band and people I produce and Erin is a great dad. It’s no pressure at all.

AmNews: Is there any new music coming out?

Wilburn: Yeah, the Miles Electric Band has a single on the soundtrack of “Birth of the Cool” called “Hail to the Real Chief,” with Marcus Miller and original trumpet by Miles. Lenny White and I are producing it. “Hail to the Real Chief”—that’s Uncle Miles’ nickname, “Chief.” So, instead of this president we have in office, it’s hail to the real chief. We also have a record coming out this fall.

“Rubberband Sessions” was just released on album on Sept. 6. That’s music from the ’80s that we revamped to bring it up to date. It’s number 1 on the Billboard jazz charts. Uncle Miles started this series of recordings in 1985 and we toured with it, but they stopped in the middle of production and started recorded “Tutu” with Marcus [Miller]. Since it was Uncle Miles’ debut album for Warner Brothers, I guess he thought “Tutu” was more appropriate.

Three years ago we listened to the sessions and thought it was time to put them out. I called the original producers, Randy Hall and Zane Giles, and we all have recording studios in our homes. We started revamping certain things. So, that’s out and is streaming and is on Itunes.