Not much was expected, but Jets still need to trend in right direction 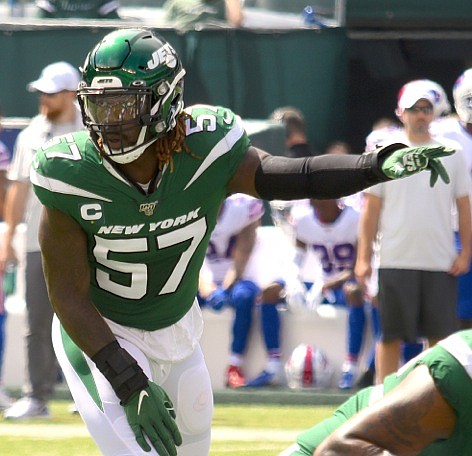 There’s never been a declaration of any kind, by anyone that the New York Jets would be a playoff team this season. It’s been understood that they’d develop as a team with second year quarterback Sam Darnold. Work towards the future, build the team into a contender, so their 0 and 3 record isn’t much of a surprise, but Darnold being on an injured reserve list because of mononucleosis is.

Darnold, already out Games 2 and 3, and the Jets staff have targeted next week, Week 5, for his return, a road game against the Philadelphia Eagles. They’re off this weekend, a Jets’ bye week. Their third string quarterback, Luke Falk, has replaced Darnold and backup Trevor Siemian who was injured during Game 2.

“Everything looks like it’s trending in the right direction,” said head coach Adam Gase. “I don’t want to get too far ahead of myself. We still, obviously, have a week to make sure that he’s all good to go.” They’re planning for next Wednesday for Darnold to begin practicing.

“That’s really the aiming point,” noted Gase, focused on getting Darnold healthy, being careful about what he says, admittedly not wanting to jinx the process.

“We’re basically going to take that day to day and we’ll have another update next Monday when he goes back and gets more labs,” Gase elaborated.

The bye week also gives the Jets an opportunity to get other key players healthy.

“Trenton Cannon, hamstring. We’re kind of going to be week-to-week on this,” Gase continued. “Obviously with the bye, this helps us give him a better chance to get ready for the next game.”

“Everything is trending in the right direction, so that’s going to give us a good shot for that Philly game,” Gase said.

The Eagles, currently 1 and 2, play the Green Bay Packers tonight, Thursday, Sept. 26, and will have 10 days between the Packers game and the Jets. When the Jets return home in Weeks 6 and 7, they’ll host the Dallas Cowboys, and then the New England Patriots, both currently 3 and 0, leaders in their conferences and in their division.