Were there other factors involved in the recent hate crimes? 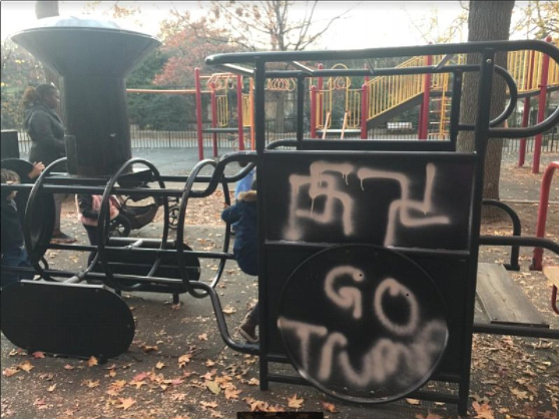 The mass killings in El Paso, Texas and Dayton, Ohio are still fresh in my mind. It was just a few weeks ago that America took another nosedive with these senseless murders all happening within a 24-hour time period. The reasons behind these killings have a lot of people thinking about different scenarios.

Hate is the operative word in this tragedy. These were killing sprees of epic proportions. It will take a while for these cities to recover from these atrocities. We were blindsided emotionally by these acts of cowardice. Now we are left to pick up the pieces and ask ourselves how did our humanity reach such a low level?

When the parents and loved ones of the shooters were interviewed, their responses were such that they were surprised and shocked by what happened. However, isolation and aloofness were common themes for both individuals. So, what can be made of these statements?

You can assume they were raised in good homes. We see good people who have virtues and morals every day. The question is whether any of this rubs off on their children? We teach them to tell the truth and to go to school each day. The problem comes when they enter the public square. There, peer pressure grabs hold and sometimes won’t let go. Unfortunately—and tragically—the shooters in Charleston, SC, El Paso and Dayton succumbed to peer pressure among other things.

Weak minds take on bad information and use it to the detriment of others. One shooter drove many hours to El Paso to kill innocent people. Did racism or poor mental health control him? Where did he acquire such intense hatred of another ethnicity?

Racism and mental illness are two diseases. First, racism has caused many deaths, injuries and ill will along the way. Racism spawns hate. It’s clear the Charleston church shooting was about race. The gunman was white and armed, and the victims were Black and unarmed.

Could mental illness have been a part of the shooter’s undoing? I don’t think so. It was just his innate belief that as a white person he was simply better, and he was willing to kill to uphold his demented thinking. So far there has not been any evidence regarding mental illness in his case.

According to reports from the World Health Organization, one out of every four persons is affected by some mental or brain disorder at some point in their lifetime. Many of us have family members who suffer from depression or some other type of mental illness. This health problem has not always been at the forefront of our medical concerns as it is today.

Many in the current administration—including the president—suggest the shooters in El Paso and Dayton suffered from mental illness. While others wonder if blaming mental illness is a convenient answer to avoid stronger gun legislation.

As we know, the issue of better background checks has been on both federal and state dockets. So far, there has been little action taken. Sadly, at this moment, someone out there is planning something bad. We simply don’t know when or how bad. Unfortunately, this is becoming a bitter refrain for America. What can we do to stop it?

But what about hate?

Dr. James B. Ewers Jr. is a youth advocate, consultant, author and president emeritus of Teen Mentoring Committe of Ohio.