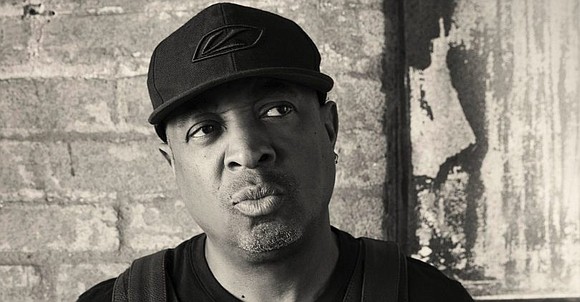 It turns out the social media beef between Public Enemy icons Chuck D and Flavor Flav was a hoax.

Chuck and Flavor today released brand new music, and the relationship between the Rock and Roll Hall of Fame legends remains as tight as ever.

The single features a reunion of Chuck D and Flavor Flav.

“It’s the most important rap record ever,” the superstar stated.

Chuck D called the record important because it arrives at a time when many still take hip-hop for granted, and that includes African Americans and the artists themselves.

“Last year, I finished a four-year tour of the world with Prophets of Rage, and we played to packed stadiums and I watched Rage Against the Machine do a five-night run to sold out crowds in the [Madison Square] Garden. I saw how loyal their fans were and how wild they are. How much they loved their rock stars,” Chuck D stated.

“With hip-hop, our fans aren’t like that, and the artists are led by their having to get breadcrumbs.”

He said the media and others had taken away the narrative from hip-hop.

“Now, it’s time to take the narrative back from those who have side-swiped it. They need to be eliminated,” Chuck D added.

In February, news outlets reported that Flavor had been fired from Public Enemy after a dispute erupted between him and Chuck over the group’s performance during a Bernie Sanders campaign rally.

Flavor’s lawyers released a statement saying that the rapper hadn’t consented and was against the group supporting Sanders.

Things appeared to have heated up in the feud after Chuck took to Twitter and seemed to “out” Flavor as having a substance abuse problem.

However, Chuck explained to the NNPA Newswire that, while Flav does enjoy a Hennessy and chaser a little more frequently than what he believes a 60-year-old should, there’s never been an accusation of drug abuse, in contrast to the meaning that many took way from Chuck’s tweets on social media.

“Flav’s name was dragged through the mud so much in 2018 and 2019, so I had to do something to bring him up,” Chuck explained to NNPA Newswire.

“My name is kind of Teflon, but his wasn’t, so I thought this was a way of bringing him up. I had people say, ‘why are you doing stuff to Flav?’ I responded that ‘you aren’t supporting him. What are you doing to support him?”

He called the banter between him and Flav a “hoax that ain’t no joke.”

Since the coronavirus outbreak, Chuck and Flav have worked tirelessly on the new CD.