COVID-19: Renowned Doctor Says, ‘Be Vigilant. Don’t Be a Vector’ 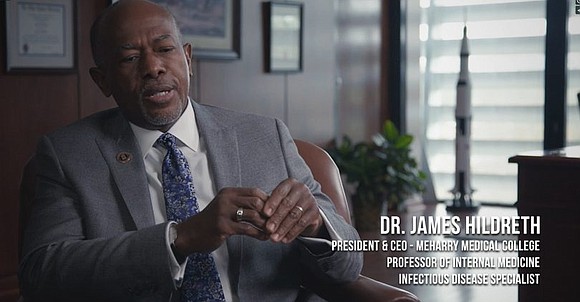 Dr. Hildreth noted that that already this century, there’s been three pandemics – SARS, MERS, and COVID-19. He said that SARS and MERS occurred in 2002, and 2019, respectively, while COVID-19 entered the scene late in 2019.

“Not all of them are necessarily going to become a global contagion, but some of them probably will.”

Viruses are incomplete life forms with no ability to replicate on their own, so they must find a way to gain entry into the cells in our bodies, explained Dr. Hildreth.

Many viruses need hosts before they can get into humans, and those hosts are called vectors, he said.

“In 2002, the hosts were cats. Then for MERS, the host was camels,” Dr. Hildreth stated. “So, efforts were made to eradicate the vectors. But what happens when the host is human? The difference with COVID-19 is that we are the vectors. It’s able to jump from human to human. So, our challenge is to eradicate the vector. That’s why we’re asking you to don’t become a vector of COVID-19. You don’t become a vector by staying at home, practicing social distancing, and sanitizing surfaces often,” he said.