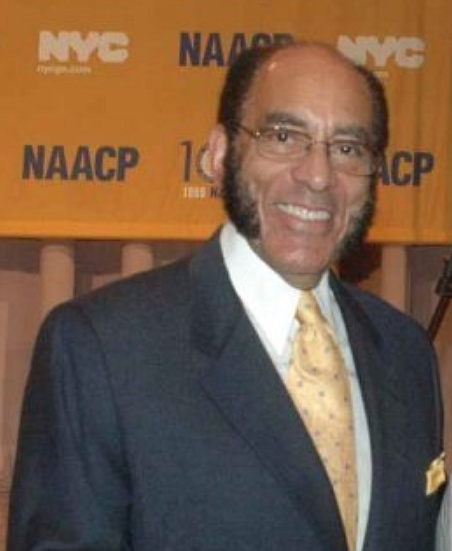 Tributes have poured in for Black Enterprise founder Earl G. Graves Sr., who died this week at the age of 85.

“At 9:22 p.m. this evening, April 6, my father and hero, Earl Graves Sr., the founder of Black Enterprise, passed away quietly after a long battle with Alzheimer’s,” Earl Graves Jr. wrote on Twitter. “I loved and admired this giant of a man and am blessed to be his namesake. Love you, dad.”

A tweet from Black Enterprise stated, “We will evermore celebrate his life and legacy, in this, our 50th Anniversary Year, and beyond.”

It is with profound sadness that we share news of the passing of Black Enterprise Founder Earl G. Graves Sr. earlier this evening, April 6, at the age of 85. We will evermore celebrate his life and legacy, in this, our 50th Anniversary Year, and beyond. pic.twitter.com/N7aall81gb

Born January 9, 1935, in New York, Graves learned hard work and perseverance from his parents, Earl Godwin and Winifred Sealy Graves. After receiving a B.A. in economics from Morgan State University, he served two years in the Army, followed by a three-year stint as Senator Robert F. Kennedy’s administrative assistant, according to his profile on The HistoryMakers.

After Kennedy’s assassination, Graves entered the business arena, where he was to realize unprecedented success.

Since founding Black Enterprise Magazine in 1970, Earl Graves has been named one of the ten most outstanding minority businessmen in the country by the President of the United States and received the National Award of Excellence in recognition of his achievements in minority business enterprise. Black Enterprise Magazine is recognized as the definitive resource for African American business professionals, entrepreneurs, and policymakers in the public and private sectors, The HistoryMakers noted.

“We are grateful for the legacy, life, and leadership of Earl Graves Sr, and extend our heartfelt condolences to his family,” The King Center tweeted, along with a photo of Graves escorting Coretta Scott King to the funeral of Sen. Robert F. Kennedy just two months after Dr. Martin Luther King, Jr. was assassinated.

“It is with a heavy heart that we acknowledge the passing of Earl Graves Sr., Founder & Publisher of Black Enterprise,” Tweeted the U.S. Black Chamber of Commerce. “Mr. Graves was a friend of the U.S. Black Chambers and a true advocate for Black entrepreneurship. Our deepest condolences go out to his family and loved ones.”

New York Attorney General Tish James called Graves “the ultimate champion of Black business and a fighter for racial and economic justice in our nation.”

At 9:22pm this evening, April 6, my Father and Hero Earl Graves Sr., the Founder of @blackenterprise, passed away quietly after a long battle with Alzheimer’s. I loved and admired this giant of a man, and am blessed to be his namesake. LOVE YOU DAD! pic.twitter.com/UoerizfX8a

“He helped African Americans make a name for themselves in the business world and build their very own American dream. May He Rest in Peace,” James stated.

Dr. Benjamin F. Chavis, Jr. emphasized, “On behalf of the National Newspaper Publishers Association (NNPA), we express our profound respect and condolences to the family of iconic publisher, Earl Graves, Sr. Under the leadership of Graves, Black Enterprise, more than any other single publication, helped tremendously and effectively to support African American-owned businesses for decades across the nation and internationally. While we all mourn, it is also important to rededicate ourselves to the high standards of excellence exemplified by the life and legacy of Earl Graves, Sr.”