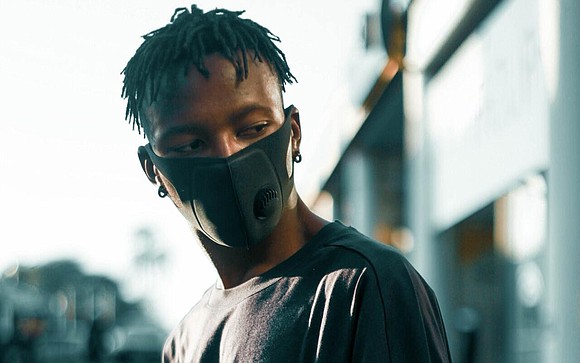 On the 52nd anniversary of the assassination of Dr. Martin Luther King, Jr. we note his words, “Of all the forms of inequality, injustice in health is the most shocking and the most inhuman”

We write as EcoSoc-accredited NGO members to the United Nations to highlight and seek your intervention in the situation facing African people in the United States during the COVID-19 pandemic.

The U.S. Black community is suffering from COVID-19 to a degree far out of proportion to our presence in the population.

The coronavirus itself may not respect race, religion, nationality, class or gender, but the United States government’s structurally racist response to COVID-19 has had a devastating impact on the U.S. Black population.

On a national and state level, the U.S. is not keeping, or at least not publishing, statistics on the racial effects of COVID-19, i.e. a racial breakdown of where the cases occur, who the victims are, who recovers and who dies.

In those isolated instances where statistics are available, it is clear the toxic effect which the U.S. history of slavery, white supremacy and structural racism have played and continue to do so in this pandemic. For example, in the state of Wisconsin, an affluent white suburb introduced COVID-19 into the city of Milwaukee.

• There are similar statistics coming out of North Carolina and Illinois.

• The damages are not restricted to health issues: “This is a public health crisis, but it’s also a housing justice crisis and a racial justice crisis. This is the point where every single piece of infrastructure we thought we could rely on is starting to crumble, and the people most impacted are the most marginalized. And those are the people we have asked to be on the front lines.” Lena Afridi, policy director of a coalition of New York City housing and economic justice community organizations.

The history of Black people’s relationship to medical care in the U.S. is fraught with violence, exploitation and racist disregard for human life. It includes forced experimentation without anesthetics (e.g., the groundbreaking gynecological research of Dr. Marion Sims on enslaved Black women), involuntary sterilization and the deliberately untreated spread of disease (the “Tuskegee Syphilis Experiment). This history has left Black people with a scientifically demonstrated passage of weakened immune systems and increased susceptibility to disease. The racist biases that underlie this mistreatment are reflected in how Black people are generally treated when they do present for medical care.

Linda Sprague, a community health research expert, concludes that the government’s failure to pay close attention to race, will result in a failure to mitigate its damage. She says, “When COVID-19 passes and we see the losses… it will be deeply tied to the story of post-World War II policies that left communities marginalized… Its impact is going to be tied to our history and legacy of racial inequities. It’s going to be tied to the fact that we live in two very different worlds.”

Rather than simply await and lament these predicted and predictable outcomes, we demand that the U.N. use all of its tools to ensure that the U.S. protect the health and well-being of its Black residents during and after this pandemic.

These steps should include but are not be limited to:

• Convening an emergency hearing before the Security Council and passage of a resolution guaranteeing the proper medical care of Black people in the U.S. during and after this pandemic

• The appointment of a special rapporteur to the United States to conduct a comprehensive investigation of the human rights situation in the country.

• Demand that the United States include racial breakdowns of its statistics on the COVID-19 pandemic.

Finally, we note that the racist treatment we have described in the U.S. is also faced by African people around the world. We draw your attention to the recent statements made by leading French physicians who suggested experimenting with possible COVID-19 combatting vaccines in Africa where “there are no masks, no treatments, no resuscitation.” After an outburst of criticism from prominent Black spokespeople, they’ve tried to backtrack but the Dr. Marion Sims’ (above) white

supremacist-mindset, whether articulated in French or English, is clear and dangerous.