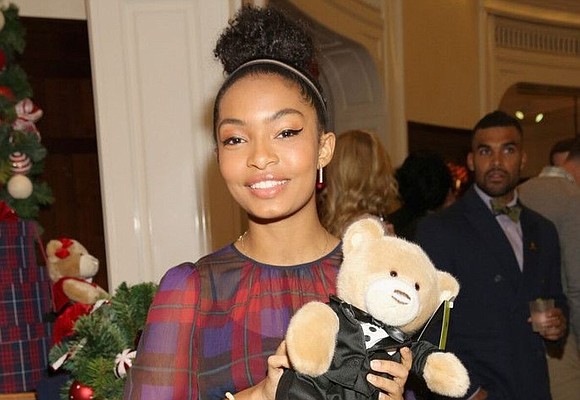 You might know her as Zoey Johnson – the TV character who grew from an entitled, materialistic teen concerned mostly with fashion and the number of social media followers she garnered into a more complex young woman navigating the perils of college life on the hit show Black-ish and its spinoff, Grown-ish.

What you might not know is that Yara Shahidi, the 20-year-old actress who plays the mostly apolitical Zoey, is a longtime change agent for social and charitable causes. And in contrast to the relentlessly popular character she plays, Shahidi is a “total nerd,” as she puts it.

“I’ve been that person that had a Thesaurus right next to me when I was little,” she said in a recent interview.

Shahidi these days is combining those two traits to benefit St. Jude Children’s Research Hospital. She challenged her Black-ish costar and TV mom Tracee Ellis Ross to a long-running game of Scrabble GO, an online version of the popular board game that can serve as a vehicle for fundraising. Proceeds, based on Shahidi’s final score, will go to St. Jude.

The actress long has been a supporter of St. Jude, in part because a cousin was treated there. “St. Jude has always held personal meaning for the entirety of my family,” she said.

Although the current COVID-19 pandemic seems to have eclipsed other healthcare issues, Shahidi said it’s as important as ever to support St. Jude’s fight against catastrophic childhood diseases.

“It’s a perfect time to continue to bolster and continue to amplify what they’re doing because the kids that they care for aren’t in any less need for care because of what’s happening. If anything, they’re in need of more.”

Sometimes referred to as the unofficial ambassador for Generation Z – people born in the late-1990s and early 2000s – Shahidi said her peers are eager to contribute to social and charitable causes.

“When I think of my generation as a whole, you really don’t have to convince many of them to care. The care and passion and interest to be of service is already there.”

As for her competition with Ross, Shahidi said it has enhanced her vocabulary as well as her creativity.

One word already in her vocabulary, however, is spelled k-i-n-d-n-e-s-s.