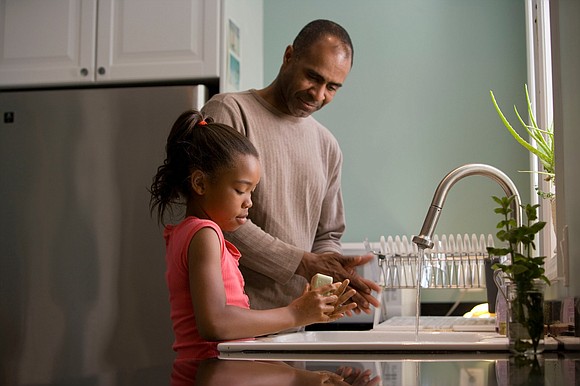 Some New York City citizens remain afraid of COVID-19 and the possibility of infection. The pandemic has left many people in the dark about what to do and what not to do. According to a few elected officials, one doctor and an advocate, there’s plenty you can do…but it will take a joint effort.

The Center for Disease Control and Preventions (CDC) has laid out some guidelines for people who think they’re sick and need to go to a hospital. If the symptoms are mild, stay home. If the symptoms get worse, call your local physician. But when someone gets to the hospital, how will they get tested? When state, city and local health departments hold sway over who gets tested, what should you do?

Kristen Clarke, president and executive director of the Lawyers’ Committee for Civil Rights Under Law, said this is where the problem lies.

“Having equitable access to testing, care and treatment are all important for our communities,” said Clarke to the AmNews. “This is especially true in New York City where Black and Brown communities are being hard hit by the pandemic.”

Equity in testing is needed according to Congressman Adriano Espaillat. During a video conference with New York City Council Member Mark Levine and Columbia University Director of Global Health in Emergency Medicine Dr. Craig Spencer, Espaillat said that closeness and lack of proper health care have uniquely hurt his constituents.

“Geographically, we’re the smallest district in the country,” said Espaillat. We’re literally living on top of each other. People who might be positive for the coronavirus are going back to those apartments with friends and family members.

“You see the health disparities that are plaguing this city and the nation,” Espaillat continued. “When you look at the math, you see that the West Bronx––the area of Highbridge and Kingsbridge––is getting hammered and that’s an area many folks from the Heights have moved to the past two decades.

According to statistics compiled by Untapped New York, Levine and Espaillat’s constituents have been hit hard by the COVID-19 outbreak. As of Monday, zip code 10032, the southern tip of Washington Heights, had 751 residents test positive for COVID-19 out of 1,229 tests with 443 of those positive cases occurring since April 1. In the 10040 zip code, the heart of Washington Heights, 512 out of 802 tested were positive for COVID-19 with 304 of those cases reported since the beginning of the month.

Dr. Spencer has served the community at New York Presbyterian/Columbia University Irving Medical Center for almost a decade. Although he made his name several years ago when he traveled to Africa to serve patients diagnosed with the Ebola virus, came back infected and survived it. Now, Spencer needs to care for people infected with a new virus that many in his profession haven’t gotten a hold of.

During the video conference, the doctor discussed how he and other emergency workers knew about the disparity in positive tests by race and needed the city’s numbers to confirm it.

“Many New Yorkers [of color] and others don’t have the financial ability to socially distance themselves,” said Spencer. “Many essential workers are from marginalized communities. Many of us in the emergency departments were seeing this, but it was confirmed with data.

COVID-19 has displayed the economic, medical and racial divide in the city for all to see. According to data from City Hall, as of April 6, 34% of those who died from the coronavirus were Hispanic, 28% were Black, 27% were white and 7% were Asian. Hispanics and Blacks make up 29% and 22% of the population respectively.

Spencer noted that folks in other fields of medicine have had to divert their attention to help in the coronavirus outbreak.

“What we’re seeing now is we’re forcing our teams to be flexible and adapt,” said Spencer. “We’ve deployed doctors that are dermatologists or urologists who normally don’t work in the emergency room.

“It’s brought a lot of despair and death,” said Spencer.

Levine suggested a quick way to return to normal.

“The only hope we have to return to normal is mass testing and real quarantine for people who aren’t sick enough to be in the hospital, but need to be separated from their families,” Levine said.

Espaillat looked to the future envisioning an end date where life could return to normal for many.

“These are difficult times and uncharted waters,” said Espaillat. “[But] we will overcome this pandemic and we’ll be stronger in the future.”