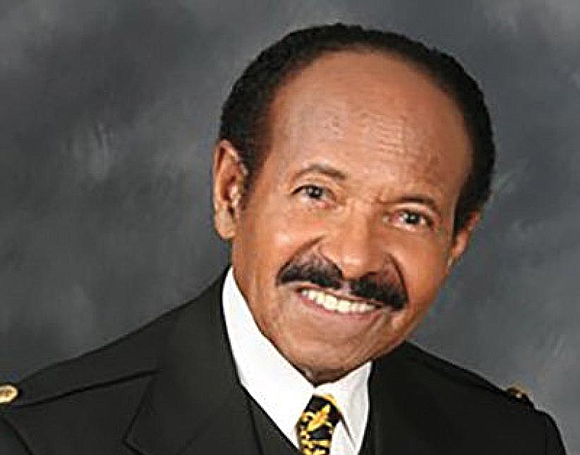 It isn’t often that legendary is affixed to the name of a funeral home founder, but the attribute more than fits the life and legacy of O’Neil D. Swanson. A suave and gentle man, always fastidiously attired, Swanson was the kind of funeral director who gave care and interest to all who walked through his parlor doors. His style, grace, and compassion was extended to the renowned such as the immortal Aretha Franklin and to the lesser known members of the Detroit community.

From the outset, he promised to provide superior quality to all who sought his services, and this was done without exception, so much so that he was soon the parlor of choice for many families in the city. A respectful burial became synonymous with Swanson’s. Over the years, he expanded his business to include investments in media and real estate, including ownership of the St. Regis Hotel.

According to Hiram Jackson, the CEO of Real Times Media and publisher of the city’s Black newspaper, the Michigan Chronicle, where Swanson was a partner, “he was a refuge for families across Detroit in their darkest hours. He was a compassionate man whose level of commitment to service of others was at times awe-inspiring. But O’Neil’s love and passion for Detroit extended far beyond the parlors of his funeral home as he was an active servant in many ways. He was a spiritual leader with a passion for Black businesses.”

Detroit developer Emmett Moten, Jr. who counted Swanson among his partners on the planned redevelopment of the United Artists Building in downtown Detroit, said “He was a giant in our community. He was an excellent businessman. He built a strong business in our community and respectable business, a family business that’s been around a long time because he put everything into that business… No one went unserved, and he took care of his people.”

Swanson also played a prominent role in the founding of First Independent Bank, and its current chairman and CEO Kenneth Kelly offered praise for the pioneering efforts he brought to the industry. “It was very obvious that he was one who was focused on helping people. If I had to describe a quality that I admired about him, it would be his humbleness. He was a person of success who didn’t have to describe that he was successful but would always share his experience in a way so that you felt you could be successful, too. He was a teacher and a mentor.”