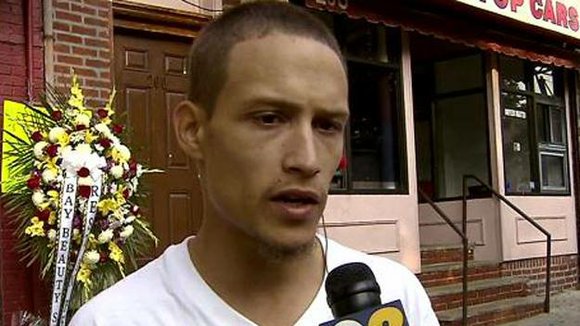 He’s scheduled to be released this summer, but Ramsey Orta’s condition behind bars could put that in jeopardy.

The advocate group WeCopwatch got word from Orta’s partner that he’s being denied cleaning supplies and was not allowed to wear a mask or towel over his face during an in-person hearing. The group believes that officers are purposely targeting Ramsey even though all prisoners are suffering during the COVID-19 crisis.

Orta has fallen ill and was transferred to the infirmary of the Midstate Correctional Facility in Marcy, NY (which is part of Oneida County).

Many believe that Orta’s alleged punishment at the hands of officers is tied to his videotaping of Eric Garner’s death.

“…[N]one of this, unfortunately, is surprising in the least,” anti-police brutality activist Josmar Trujillo said to the AmNews. “Since Ramsey has been in jail—as a result of a case where I believe he was set up—he’s been harassed and punished in solitary confinement. On one occasion when myself and others tried to visit him, we were turned away at the door and given no reason even after repeatedly confirming with the prison about visiting hours.”

Trujillo also said he couldn’t imagine the “medieval cruelty” behind closed doors considering that “prisons are a black hole of arbitrary abuse on a regular day.”

Rumors have circulated that Orta might have contracted the coronavirus, but AmNews found nothing to confirm it. WeCopwatch, an anti-police brutality group, said that Orta called them on Tuesday and said he’s awaiting COVID-19 test results. But, according to Orta, correction officers said "You aren’t going to make it home, cause you want to snitch on us. You want to post about us? Suck my ck you nier bitch. Go write about that on your Facebook page."

Still, WeCopwatch members didn’t want the public to run with the COVID-19 rumors.

“Two weeks ago, I (Jacob Crawford of WeCopwatch), stated that I believed officers at Midstate Correctional Facility were trying to kill Ramsey Orta before his release date in July,” wrote Crawford in a blog post sent to the AmNews. “With the deprivation of adequate food, soap, showers, transitioning to actual death threats, Midstate is making a very compelling case that my assumptions were true.”

According to Orta’s fiancée, Deja, and Crawford, they’re not sure if this particular development is part of a coordinated effort by the officers or just a regular sickness.

“We do not know whether he is sick, if correctional officers have made good on their threats to give him COVID-19, or if they are messing with his food,” continued Crawford. “All we know is that he had a really high temperature, and that he was transferred to medical.”

“It has been a nightmare I wish I could wake up from,” Deja, Orta’s fiancée, told the AmNews. “The dehumanizing tactics they force upon him are excruciating. I get worried every time my phone rings, because I just don’t know what information I may get concerning him and his well-being. I mean he’s been through it all from threats, almost being violently ill by rat poison, physically abused, and mentally abused (and then some). I’m at my wits end. No matter what’s being done to help him, it isn’t enough, so I feel helpless.”