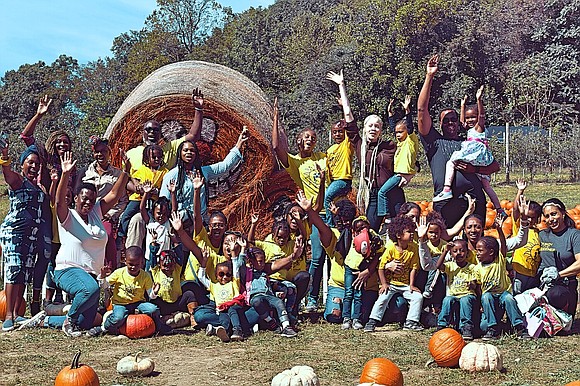 Both stats and anecdotal testimonies have shown over the weeks how Black businesses did not receive the federal government COVID 19 stimulus funds.

This left many facing closure, downsizing, furloughing and/or laying off staff.

“Our Little Sun People, founded and operated by an African American female leader who is also a lifetime product of the community of Bedford Stuyvesant. Over our many years of service provision, with love, cultural responsiveness, and educational excellence to the preschool children of our neighborhood, we have had many big ups and many big downs…..but never have we faced anything of the dire magnitude of the coronavirus pandemic,” said Barcliff.

The lifetime Bed Stuy, Brooklyn resident and educator said that her institution which has schooled multi generations of the same family, is “making every effort to remain viable during this time. We’d hoped, when we heard about the CARES ACT PayCheck Protection Program, that it might be the lifeline that would help keep us afloat until we could get back to our direct work with the children and families that we serve.

“We filed our small business application for the PPP on April 7, 2020, the first day that the bank we use [Chase] allowed us to submit.

“What a tremendous blow, when we were told a week or so later that all the funds were distributed before they ever got to our application!

“Here we are at the second round of stimulus funding and our anxiety is high!

“Will we be passed over again and our 40-year-old heirloom organization be forced to close for good, or will we receive the stimulus that we need to tide us over until the horrors of the virus lift and we can resume our precious work?”

Several community members have reached out to the Amsterdam News to say that too few Black businesses were in receipt of any of the federal funds.

While praising the early childhood educational institution as “one of the best, if not the absolute best, pre-school in New York City that utilizes an African-centered curriculum. Its academic and arts achievement record are outstanding,” Attorney Esmeralda Simmons, wrote a letter of support addressed to Congressman Hakim Jeffries.

“Notwithstanding its stellar record, Little Sun People Inc. (LSP) did not receive a payroll protection loan/grant out of the CARE funds for NYC! Its application for payroll protection funds was submitted immediately when the funds became available––within two hours of the opening of the application portal, LSP’s application was submitted to Chase Bank. All LSP staff remain on the payroll. Virtual classes commenced for all classes a full week before the public schools went online. LSP began its online teaching via Zoom direct teacher class lessons.”

As well as serving on the board of directors for over fifteen years, Attorney Esmeralda Simmons said that her grandson, Kayode Simmons, graduated from LSP just three years ago.

Simmons said that the COVID-19 pandemic has interrupted LSP’s finances and its normal activities and caused them to resort to remote learning activities.

“LSP’s staff have continued to work because of their commitment to the students. LSP cannot continue to operate, however, without payroll funds. Our chief source of income to cover payroll is tuition. Due to COVID-19 related unemployment, most of our parents are unable to maintain their tuition payments. LSP, however, has continued to provide educational services.”

To Rep. Jeffries, Simmons said, “I request that you put the full power and resources of your district office and Washington office to bear to assure that LSP gets its fair share of payroll protective funds in the second round of the CARE Act Funding.”

Meanwhile, activist lawyer Roger Wareham also penned a letter to Jeffries asking him to help secure “economic stimulus funding for Little Sun People, Inc. As a voter who lives and practices law in Bedford-Stuyvesant, I was utterly astonished and dismayed to learn that Little Sun People received no funding from the recently initiated economic stimulus plan. If there is any small business that deserved funding from the stimulus plan, it is Little Sun People (LSP). For 40 years it has been an institution that has selflessly and affordably educated our children and creatively developed their intelligence and consciousness. I am a lifelong activist in the struggle for Black people’s human rights who has spoken before the U.S. Congress, the NYS Assembly, the NY City Council and the United Nations.”

Wareham said that as “a member of Sistas’ Place Jazz and Coffee Shop and the December 12th Movement International Secretariat. No matter where I have appeared, nor where I have traveled in the world, I have found no better model for early childhood education than that set by Little Sun People. I know this from personal observation (my son was in the first graduating LSP class), from discussions with people whose children attended LSP, as well as with professional educators. It is a valued institution of this community and must be protected. I am strongly requesting that you, as my elected representative, do all within your power to ensure that Little Sun People receives what it unquestionably deserves from the stimulus plan.”

Jeffries’ office had not responded to an Amsterdam News request for comment by press time.