Smoke and mirrors and the Trump White House 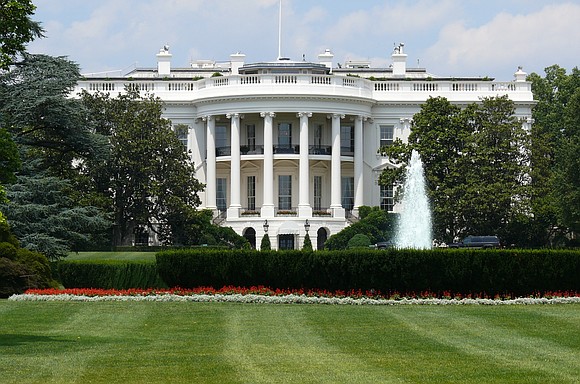 “Smoke and mirrors” is defined by the Cambridge Dictionary as “Something that is intended to make you believe that something is being done or is true, when it is not.” This about sums up Donald Trump and his administration in so many ways, including its dangerous and mortifying COVID-19 response. But most especially, it is the hallmark of their immigration policies.

This past week, Donald Trump and his xenophobes did disappoint, as they again sought to distract their nativist base from the fact that their failure to plan and execute a detailed plan to handle the current pandemic has cost more than 50,000 plus lives already; led to America being really “GREAT” as it leads the world with infection and death rates and cost millions of people their jobs, as we face the greatest economic recession of our times.

And like the piped piper, the Puppet-Master-In-Chief, unable to cope, has again turned from his mammoth failure as a leader to his usual scapegoats––immigrants. Sadly, Stephen Miller, Chad Wolf and even his puppets on the U.S. Supreme Court, are only too happy to help.

The game is now ‘Distraction,’ as the cover on his “Make America Great” economic promise has been blown clean off by COVID-19 and the gaping “S-Hole” is now wide open in America, for all the world to see.

With a health care system that looks worse than many developing nations, with nurses and health care workers without PPE gear; with some 26 million people out of a job, with breadlines forming all around as hundreds are infected and thousands die, Trumpeto, the puppeteer, along with his puppets have determined it is play time. Time to play their favorite game––‘Blame The Immigrants.’

Incapable of dealing with corona, El Trumpeto has decided to put in place an executive order that bars some legal immigration to the United States.

Except this so-called 60-day “ban” is nothing but smoke and mirrors, because the coronavirus pandemic had already largely cut off legal immigration to the United States. Since March 18, 2020, the U.S. State Department had paused visa services including for green card applicants and visitors, in all countries around the world, and the U.S. Citizenship and Immigration Services had ceased in-person interviews for many applications, including asylum, permanent residency and naturalization.

Most of all, because many countries have closed their own airports and borders, there are hardly any immigrants coming into the U.S. anyway, so what exactly is the need for such an order at this time?

The reason is clear––it is simply the good old smoke and mirrors; to keep his base in line and feed their racist and xenophobic appetites.

Sure his trusted anti-immigration buddy, Stephen Miller, claims it was important to “turn off the faucet of new immigrant labor” to protect Americans’ jobs but as my granny would say––even a blind man could see the real reason.

But let us play Miller’s game and ask what jobs exactly?

Will the 26 million newly unemployed, including those in his base, be willing to pick fruit and vegetables; work in meat processing plants and gathering and packing eggs?

Or better yet, take up the front-line “emergency” jobs like grocery store or health care workers?

If so, why is it that the White House has moved quickly to carve out exemptions to the Great Trump Ban for temporary immigrant workers, including migrants who work on American farms and immigrants in the medical field, health care industry and medical research?

As Paloma Faith wrote and Demi Lovato sang: “I've always seen behind your smoke and mirrors … It really isn’t hard to see, the truth that’s rotting underneath.”