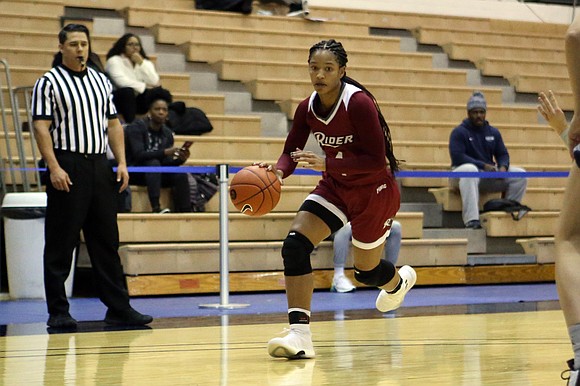 Due to social distancing, potential draft picks watched the 2020 WNBA Draft from home. All the better for Princeton University senior Bella Alarie to assert her bragging rights with her family. Her father, Mark Alarie, was the 18th pick in the 1986 NBA Draft. She did him 13 spots better, going at number five. She is not only the first Princeton Tiger to be drafted in the first round, but the first Ivy League player to be a WNBA first-round draft pick since Allison Feaster of Harvard in 1998.

“My heart was pounding all day,” said the 6-foot-4 Alarie, who was chosen by the Dallas Wings. “I was just waiting to hear my name, and when it came, it was the most exciting moment. A lot of love in the room with my family, but it’s kind of the culmination of all my hard work over my life as a basketball player.”

There were no TV cameras at the home of Rider University senior guard Stella Johnson, but the 5-foot-10 guard who led Division I women’s basketball in scoring all season long was on Zoom with her coach and teammates. Selected in the third round by the Phoenix Mercury, Johnson is Rider’s first-ever WNBA draftee. Mercury coaching staff called at the conclusion of the draft. Teammates include Diana Taurasi, Brittney Griner and Skylar Diggins-Smith.

“I’m grateful and honored to be in the same place as them and to learn from them,” said Johnson. “It’s going to be awesome to see how they work and learn some tips, something I don’t know, learn the game, become a better player and evolve.”

On April 20, the Metropolitan Basketball Writers Association named Johnson Player of the Year and All-Met First Team. Other First Team members include Bre Cavanaugh of Fordham, Qadashah Hoppie of St. John’s and Shadeen Samuels of Seton Hall. Columbia freshman Abbey Hsu was named Third Team and Rookie of the Year.

“This was a very special year for Rider,” said Johnson. “Everyone finally bought into the bigger goal of winning a MAAC Championship and we wanted to go to the NCAA Tournament. Everyone put the work in off and on the court.

“I finally realized what kind of player I can be,” she concluded. “It gave me confidence to know that I can keep becoming a better player. If you want something, you have to work for it and you can’t stop.”