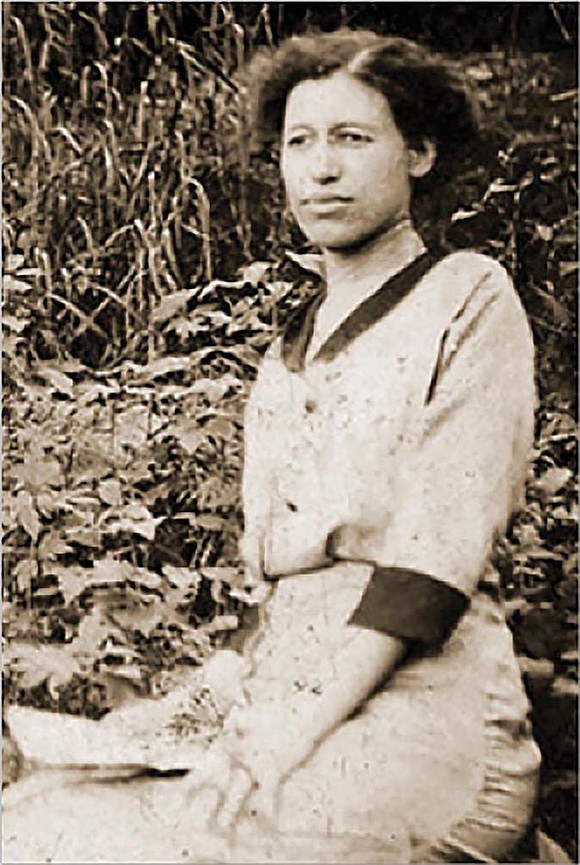 Of the two women, Addie Waites Hunton and Kathryn Johnson, who provided the world with an insightful portrait of Black soldiers and others during World War I, Hunton’s legacy was remarkably extended by her activist son. Johnson’s may not have received a similar prominence but she was nonetheless quite an accomplished public servant and political activist.

She was born Kathryn Magnolia on Dec. 15, 1978 in Darke County, Ohio. Very little is known about her parents, Walter and Lucinda Jane McGown Johnson. Kathryn attended high school in New Paris, Ohio, graduating in 1895. After matriculating at Wilberforce University and earning both a bachelor’s degree and a teaching certificate, she studied at the University of North Dakota in 1908.

Her teaching career began in substance at the State Normal School for Negroes in North Carolina, and by 1906 she was dean of women at Shorter College in Little Rock, AR. She was there during one of the most serious race riots in the country. When the NAACP was formed in 1909, she was among the organization’s charter members. Eventually, she became a sales representative for The Crisis, the house organ. She was also very active and productive in the creation of NAACP branches, particularly across the South.

Despite her commitment to the organization, she still found time to raise pointed criticisms about the absence of Black people in the leadership. In 1916, totally exasperated, she left the association and joined the Young Men’s Christian Association (YMCA). As the U.S. became engaged in World War I, Kathryn and Hunton were dispatched to France where their assignment was to examine the treatment of some 200,000 Black soldiers there. This experience and their findings was the book, “Two Colored Women with the American Expeditionary Forces” (1920). They disclosed the awful treatment Black soldiers faced both on the battlefront and afterwards.

Here is an excerpt from their book: “The largest Y.M.C.A. hut in France was one built at Camp Lusitania, St. Nazaire for the use of colored soldiers. It was the first hut built for our boys, and . . . [i]t did serve for 9,000 men, and had, in addition to the dry canteen, a library of 1,500 volumes, a money-order department which sometimes sent out as much as $2,000 a day to home folks; a school room where 1,100 illiterates were taught to read and write; a large lobby for writing letters and playing games; and towards the close of the work, a wet canteen, which served hot chocolate, lemonade and cakes to the soldiers.”

I am not sure which of the ladies was assigned to the hut, but the work they noted was pleasant “and profitable to all concerned, and no woman could have received better treatment anywhere than was received at the hand of these 9,000 who helped to fight the battle of St. Nazaire by unloading the great ships that came into the harbor.”

Among the duties the women fulfilled, they said they were there to assist in religious work; to equip the library with books, chairs, tables, decorations, etc. and establish a system of lending books; to write letters for the soldiers, to search for lost relatives at home; to do shopping for the boys whose time was too limited to do it themselves; to teach illiterates to read and write; to spend a social hour with those who wanted to tell her their stories of joy or sorrow. As one website noted, “By being a bookseller, Johnson hoped to promote reading among African Americans in order for them to learn more about their historical contributions and hopefully to then inspire them to take action in fight against racial oppression. Over the years, Johnson had traveled over 9,000 miles and sold 15,000 books. Johnson’s work also helped to show the possibilities as well as restrictions that African American women had during this time period.

In the autumn of her days, she lived in Ezella Mathias Carter Home for Colored Working Women in Chicago. Johnson died on Nov. 13, 1954, thus not living long enough to see the historic passing of Brown v. the Board of Education which she fought so determinedly for.

At the close of their book, Hunton and Johnson commented on the work performed by the Black gravediggers during the war. “At eventide we would see them return and reverently remove the boxes from the long lines of trucks and place them on the hillside beside the waiting trenches that other soldiers had been digging all the long and busy day. Far into the night we would sit in our darkened tent looking out on the electrically-lighted cemetery, watching the men as they lowered the boxes into the trenches. Sometimes we could hear only the low murmur of voices, and sometimes again there would come to us a plaintive melody in keeping with the night hour and the peculiar task….”