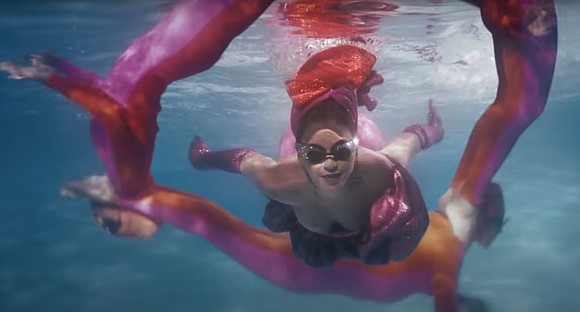 As scientists race to find a vaccine for COVID-19, the world continues to live in limbo. Now that it has been nearly half a year, the world seems to be adjusting to the daily cautions and the news of spikes of the virus after cities began to slowly open again. Now, sheltering in place is a choice for many global citizens but the threat of illness continues to be extremely real. It is quite easy to wonder if, and even believe, there’s a possibility that COVID-19 may reach all of us at some point if the vaccine does not appear in the near future.

Children may be returning to school during this dangerous time, but before we ponder the protocol of the educational system fully, it is important to note that the Black community, amidst the educational controversy, has been analyzing and entertaining ourselves with the offering of a new film by “Queen Bey,” Beyoncé.

‘Black Is King,’ said to be a reimagining of “The Lion King,” and based on the music of “The Lion King: The Gift,” the companion album Beyoncé made for Disney’s live-action remake of the film, is an Afrofuturistic sensory experience that is draped over music that swirls, pumps and inspires dreamscapes of a mystical African reality. When you put it into the context of “The Lion King,” it is easier to follow the story of the young boy in the film, who represents prince Simba, the young protagonist of the story who must embark on a journey to find himself and claim his inherited right to be king.

Outside of this context, though, there have been criticisms of Beyoncé glorifying post-colonial Africa and monarchy.

Judicaelle Irakoze at Essence writes, “My queen Beyoncé is a powerful transcending artist with the power to instill in us liberating imaginations. As a woman of African descent, whose ancestors survived generations of enslavement, she has the right to tap into her Africanness and find her connections to the continent and her belonging to the land. But when she willingly, through her art, participates in telling romanticized African royalty stories, rooted in glamorizing Africa, she indirectly dehumanizes our Africanness. She validates neo-colonialism, entrenched in negotiating and proving our humanity by pretending we’re superhuman. One could wonder are Africans humans with dignity if they are not kings and queens, draped in gold and diamonds? Are we saying our ancestors shouldn’t have been enslaved because they were kings and queens and not simply because they were humans?”

I find this to be a very valid statement, nonetheless, Beyoncé has been portraying and embodying a Black royal aesthetic for many years, and films like “Black Panther” and “Coming to America” have explored Black royal life in a way that is potently imaginative and purely created for entertainment and enjoyment.

To expect anything less than exuberant, poetic and drenched in quotes and verses from several sources of books and proverbs would be like expecting a chocolate cake to taste like caramel. “Lemonade” explored the world of southern and creole culture. “Black Is King” is retelling the story of “The Lion King” through the lens of a pop superstar who clearly put everything she had into this film. You can see her beads of sweat and tears permeating this tale, and for that, we should sincerely appreciate Beyoncé and all of the people involved in her film for giving the world such a visual and musical gem.

It is also affordable to see the film. Disney+ costs $7 a month. That is less than half of what it costs to see a film in a theater. Ten years ago, this film may not have been so accessible to people of all walks of life because if you were poor, disabled or living in a small town or village, it would be nearly impossible to experience such a massively influential artist’s work.

If you have an hour and 25 minutes to indulge in a work of art, I encourage you to see this film. Let it wash over you and stimulate your spirit and imagination.