Verzuz on a roll now 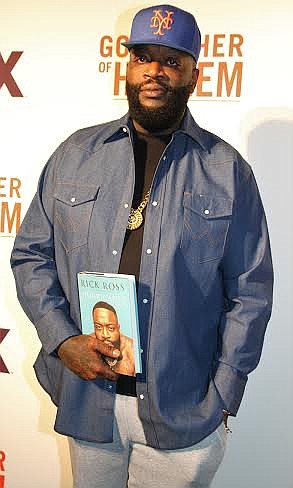 Grand Champ DMX vs The Doggfather Snoop Dogg!!! Two of the voices that shaped the hip hop of the ’90s got together, and the numbers for the most recent Verzuz matchup are in. As expected, they’re HUGE. Reportedly that pairing collected more than 3.4 million total viewers and 1.7 billion impressions online: trending No. 1 on Twitter in the process.

Now as the norm in hip hop, it’s on to the next. The rumblings are the Blastmaster KRS One vs LL Cool J!

hmm…as a matchup does it fit? Let the artist chime in….

On a recent Fat Joe IG Live podcast, KRS One, in typical fashion said, “Personally, I don’t think anybody is stepping to ME, let’s start there. I’m not saying it arrogantly I just I know who I am, and I know what it is.

How did Mr. ‘battle anybody I don’t care who you tell’ respond to the challenge?

On an Instagram live chat LL said, “My music is a little light and airy in terms of what I focused on in terms of the creativity and I think that could get lost in the messaging and all that. It’s just two different things. I love and respect him and his catalog is stellar, but it’s a different thing.” Another member of that Golden era was mentioned in the name of Big Daddy Kane. That idea was also poo-pooed as LL revealed, “Kane is like my favorite rapper, I can’t go against Kane. I just want it so the fans can get a great vibe. Somebody that one style of music only doesn’t interest me as much. What is the point of me going against somebody that has 90m HARD records? I want to be able to play all kinds of music and do all kinds of styles. We gonna figure it out. Once they convince me that there’s a great battle that people want to see, I’m in.” So, who does LL deem fit to challenge? He coyly stated, “We might have to get somebody out the house, somebody might have to come out the house so we can have some fun.” It’s beyond a reasonable doubt whom he’s speaking of.

If that can get worked out, time stops for a minute!!! If not, who can party with LL? METHOD Man maybe? What about a posthumous Overweight Lover Heavy D? I think we have it. We had a dude recently say he needed someone that was established in multiple platforms, possessing a golden catalog and specifically a New Yorker; T.I what’s happenin’?

Let’s GO!!! Next up is dubbed “The High Rollers Edition,” and will feature Rick Ross and 2 Chainz. It’s scheduled for Thursday, August 6 at 8 pm ET on Instagram and Apple Music. The streaming service is now the official music partner for the series founded by Swizz Beatz and Timbaland.

Over and Out. Holla next week. Til then, enjoy the nightlife.