Helen Jones Woods of International Sweethearts of Rhythm dies at 96 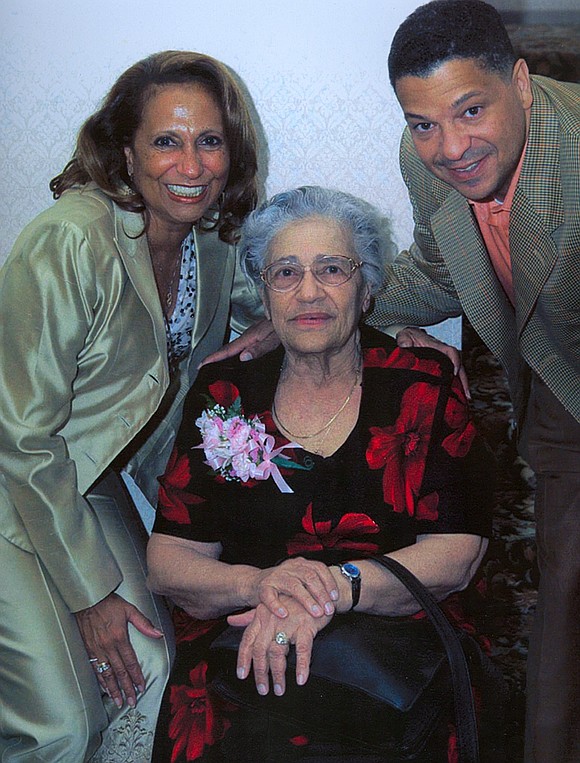 Helen Jones Woods, a trombonist and original member of the first integrated all-women jazz orchestra the International Sweethearts of Rhythm, who was inducted into the Omaha Black Music Hall of Fame in 2007, died on July 25 in a hospital in Sarasota, Florida. She was 96.

Her daughter Cathy Hughes said the cause of death was the COVID-19 virus.

Woods was one of six surviving members of the band interviewed in the 1986 documentary film “International Sweethearts of Rhythm.” In 2011, the International Sweethearts of Rhythm were honored in Washington, D.C. by the Smithsonian Institute’s National Museum of American History, and Woods was a member of the panel discussion. Sherrie Tucker’s descriptive book entitled “Swing Shift: ‘All-Girl’ Bands of the 1940s” (Durham, NC: Duke University Press, 2013) prominently discussed Woods and the band during the height of WWII.

Traveling through the south as a racially mixed band was a very dangerous proposition during the Jim Crow era. The band’s pianist Johnnie Mae Rice mentions in the 1980 Kansas City Women’s Jazz Festival interview that they “practically lived on the bus, using it for music rehearsals and regular school classes, arithmetic and everything.” They toured in two school buses that had been retrofitted: one with bunk beds, the other as a mobile classroom.

Helen Elizabeth Jones was born on Oct. 9 or Nov. 14, 1923 (there is a discrepancy in the records). She spent a brief period in an orphanage for white children in Meridian, Mississippi just prior to being transferred to a Negro orphanage, and was adopted by Dr. Laurence Clifton Jones and Grace Jones. He was the founder of the Piney Woods Country Life School, a historic Mississippi-based African American boarding school which is still in existence.

Woods grew up on the school campus and began studying music. Dr. Jones wanted her to play the violin, but she chose the trombone because she liked the slide motion of the instrument. Dr. Jones raised funds for the school by touring student groups such as the Five Blind Boys of Mississippi and The Cotton Blossom Singers. After hearing Phil Spitalny’s All-Girl Orchestra (all white) on a radio broadcast, “Hour of Charm,” he decided to form his own all-girls band at the school. In 1937, Dr. Jones formed the Swinging Rays of Rhythm with young Woods and other Piney Woods students (multi-racial) ranging in age from 13-19. The all-girl band toured extensively to raise revenue for the school. Eventually, the band relocated to Arlington, Virginia where they turned professional, and their manager Daniel Gary changed its name to the International Sweethearts of Rhythm to reflect the ethnic composition of the group which featured not only African Americans but also Asian, Mexican, Native American and European American women.

The Sweethearts, who featured some of the best female musicians of that era, played an intense repertoire of jazz and swing in major Black theaters across the country that included Harlem’s Apollo Theater, Howard Theater in Washington, D.C., and the Regal Theater in Chicago. After a performance in Chicago in 1943, the Chicago Defender stated, “The band was one of the hottest stage shows that ever raised the roof of the theater.” For a time, Jesse Stone, who would eventually write the classic, “Shake, Rattle & Roll,” was their arranger. Unfortunately, like their Black male musician counterparts, they too were confined to playing only Black clubs known as “the chittlin’ circuit.” However, they were the first Black female band to tour Europe with the USO.

They shared stages with or backed musicians such as Dizzy Gillespie, Billie Holliday, and Ella Fitzgerald. They were cited as America’s Top All-Female Orchestra by DownBeat Magazine in 1944. Although they mostly performed hit songs of the day, they also recorded their own songs such as the popular “Jump Children” in 1945.

The Sweethearts, despite their popularity, national tours and USO European tours, were paid very little. It is noted members received $1 allowance per week plus a $1 weekly food allowance. Unfortunately, regardless of their great music and talent, the ladies were never rewarded financially for their musical contribution.

The group folded in 1949 and Jones moved to Omaha where she briefly played in the Omaha Symphony Orchestra before being terminated after it was learned she was Black. She married William Alfred Woods and raised a family in Omaha where she earned a nursing degree and a master’s in social work. She worked at the Douglas County Hospital in Omaha, Nebraska for over 30 years. Her daughter Cathy Hughes is a successful business entrepreneur who founded Urban One, the largest African American owned and operated broadcast company in the nation.

One of Woods’ favorite sayings was, “Never give a person credit for what they have done when cash would be more appropriate.” In keeping with her wishes, the family requests that the public make financial donations to The Helen Jones Woods Fund at The Piney Woods School to help insure and guarantee a solid education for the next generation.