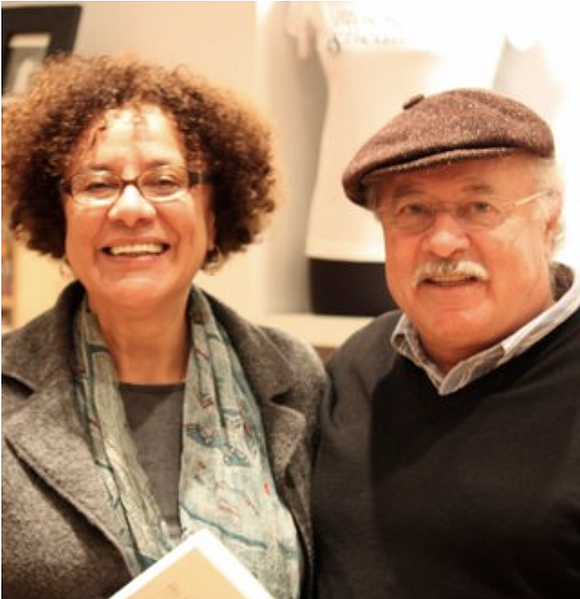 Tributes poured in over the weekend after it was learned that Miriam Jiménez Román, a major figure in the current Afro-Latinx studies movement, passed on the afternoon of Aug. 6, 2020. A Harlem-raised, Brooklyn transplant who became a scholar, activist and co-founder/executive director of the AfroLatin@ Forum (www.afrolatinoforum.org), Miriam died in Puerto Rico, where she succumbed to a 4 ½ year battle with cancer.

Pride in African ancestry became a central concern for Miriam—something she would recall as she grew older, after she and her late husband, Juan Flores, co-edited the book, The Afro-Latin@ Reader: History and Culture in the United States (2010) which won accolades and awards. In a 2012 interview with the website Los Afrolatinos.com, Miriam said, “When we discussed how we would do this book, I said I wanted a book that addressed some of the concerns I felt when I was young. This kind of book should have been around when I was a kid because blackness was equated with being African American. This limited view left me concerned about my blackness because I grew up as a Black Puerto Rican and I’m very conscious how race and ethnicity have both impacted my life.”

Raised in Spanish Harlem, Miriam spent her first year at Vermont University, but then quickly signed up for a chance to “study abroad”––in Puerto Rico. She received undergraduate and master’s degrees from SUNY Binghamton and was later employed as a research coordinator at the Schomburg Center for Research in Black Culture and then became an editor with Hunter Colleges’ Center for Puerto Rican Studies CENTRO journal.

After meeting Juan Flores in the late 1990s, the two were married in the year 2000. Together, they shared a love for scholarship, and for the island of Puerto Rico. They purchased a home in Cabo Rojo: “We attributed Miriam’s passionate love affair with La Isla, because she was born to the tropical breezes and weather of the Caribbean,” Miriam’s sister Awilda said. Alongside Juan––who was a professor of Latino Studies––Miriam built a life of scholarship and activism. Their Afro-Latin@ Reader book took them to conferences around the world and expanded their influence on the current acceptance of Afro Latinx studies.

“In all spheres and all ways she is an inspirational figure championing Afro-Latin@ studies, politics, and advocacy in the U.S., PR, and the African diaspora, not by seduction but by a higher sense of social justice,” Rutgers University Prof. Zaire Dinzey-Flores wrote in a Facebook remembrance: “In the last few years we also cemented a deep, deep bond. …. She leaves a world of knowledge, love, integrity, ejemplos de vida. She also leaves a tremendous, tangible void for me, for us. As she once told me, I too am grateful there was time for the scope of our full friendship to manifest. It's the only kind she knew, nothing half-assed.”

Prof. Dinzey-Flores said there will be a memorialization of Miriam—it will be announced in the coming weeks on the AfroLatin@ Forum website.

Miriam was very private about her cancer diagnosis, she did not want sympathy. She spent her last few years visiting with friends and colleagues whenever possible. When she grew sickest, she returned to Puerto Rico with the aid of a few friends on July 10. She rallied for a while, her family says, but then succumbed on Aug. 6, 2020.

Miriam’s husband, Juan Flores preceded her in death, he passed in 2014, due to complications of Guillain-Barré syndrome. Miriam leaves to mourn her two sisters, Carmen Jiménez Maysonet and Awilda Jiménez; a niece, Jessica and nephew, Jason.

“Miriam chose to transition (my optimism, not hers) where she and Juan had been their happiest, in Cabo Rojo,” her sister Awilda affirmed. “These were to be their golden years.”