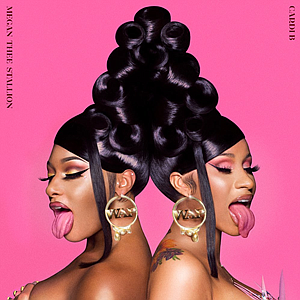 It’s been nearly five months since the first shutdowns in the United States due to COVID-19. For a short while this summer, things felt like they may have been going back to normal aside from having to wear masks in public settings. But as I predicted, it became clear that we’re moving too fast. Some states are reinstating restrictions, and we as a culture are continuing to look to the media and streaming services to keep us sane and entertained during this stressful time.

This week in entertainment, the conversation has pivoted to the expression and sexual liberation of Black women as rappers Cardi B and Megan Thee Stallion released a song called “WAP.” The song and music video are about sex and to many, it is considered explicit. There are different schools of thought. Some women believe the song is fun, sexy and celebrates the freedom women have to express their sexuality without regard for the social status quo.

Other Black women worry about the young girls who will see Megan and Cardi rapping about mature subjects while they perform in their music video in bright neon colors on a set that looks more like a fun house than a bedroom.

There are also Black women who are offended by the presence of Kylie Jenner, an insanely wealthy white woman who is an entrepreneur and one of the heiresses of the Kardashian fortune.

I expressed last week when writing about Beyonce’s new visual album, “Black is King,” we as a culture must understand that above all, at least in regard to the presentation and representation of Black women in entertainment, Cardi and Megan are entertainers. Not everything is an implicit activist statement.

Cardi B made it clear that having Jenner in her video had nothing to do with race. Being that is the case, it may be safe to believe that the music video has very little to do with Black feminism, womanism and Black women’s liberation. If Black women feel free and empowered by listening to the song and watching the video, that is an added bonus, but the reality of the entertainment world is that shock value and oversexualization is an avenue for Black women artists to take in order to hit the top of the charts.

Lil’ Kim set the precedent for colorful wigs and costumes. Before she ushered this aesthetic in Black women rappers wore jeans and Timberlands. Queen Latifah wore African influenced clothing. Black women rappers simply didn’t wear bikinis or opt to get breast and butt implants and their noses done. This is not a negative critique, these are just facts of the matter.

I am not implying that Cardi B and Megan Thee Stallion should not be taken seriously. I am not saying that Lil’ Kim did anything wrong by being herself and creating a new style for Black women rappers to indulge if they chose. What I am expressing is that the intention of Black women entertainers is not always to push the culture forward to create a new level of equality and freedom for our people. Art can exist for the sake of being art.

I do on some level personally wish “WAP” sent a better message to young girls. I don’t think young women should be encouraged to lead with their sexuality before they learn what sexuality truly is, but I also wish that we as a culture could learn to not put our entertainment world on a pedestal and realize that in music industry circles, we are a marketing demographic. Before we are their sisters, we are consumers. It is not my goal to insult the character of either artist, but it is important that we as a culture begin to learn to separate what entertains us and what influences our daily lives in order to grow in a healthier manner.

I love my body the way it is even though it is very different from Cardi B and Megan’s. I hope young women can love themselves as individuals and also have fun with music. Nonetheless, there is a risk we take in promoting sexually intense lyrics and images. That risk is that young girl’s self esteem may be battered once they notice their breasts are too small and their hair is too curly and short. They may think wearing make up every day is the standard and that men are most interesting when they are in the bedroom.

Women are free to think what they want and to enjoy the music in any way they please. But I understand some Black women’s concerns. I also support Cardi B and Megan for (hopefully) enjoying themselves while making their art.