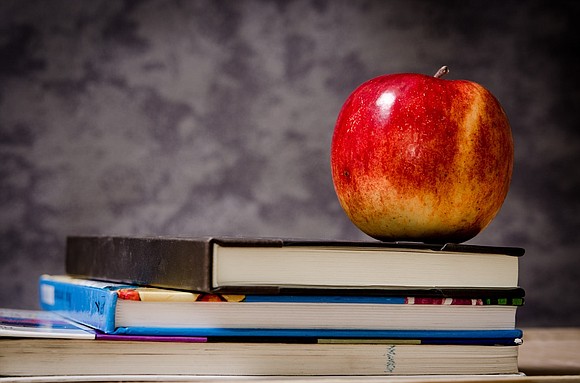 According to a review of COVID-19 testing data by the American Academy of Pediatrics and Children’s Hospital Association, at least 97,000 kids tested positive for the coronavirus in the last two weeks of July. It marked a 40% increase for children in the United States.

In the latest budget, New York City Mayor Bill de Blasio cut more than $700 million from education alone. Now, he wants educators and students to go back to school during a pandemic.

“Again, it’s literally maybe my favorite day of the year, but I think for a lot of kids, a lot of families, a lot of parents, it’s an extraordinary day,” said de Blasio to reporters on Monday. If you’re a teacher, a student or a parent, this year’s first day of school will be extraordinary for the wrong reasons.

Public schools will choose between different combinations of having classes in person or having them remotely. Some of that will depend on school resources. Some schools like Stuyvesant High School are considering remote learning for the entire school year. Others are struggling to find the perfect blend. It’s not perfect enough for parent, activist and organizer Tanesh Grant.

“Our education funding has been slashed,” said Grant. “How can we pay for all the things that are needed to keep our kids safe in school?”

During Monday’s media briefing, the mayor said that he and the education department are doing everything they can to ensure safety for both the students and the teachers.

“…We’re on a war footing here and everyone in the school building is working with extraordinary energy, including the custodial teams, School Construction Authority, everyone, to maximize health and safety in the building, and ventilation is absolutely a part of the puzzle here,” said the mayor to reporters. “Look, there’s a small number of classrooms that there’s been some issues with; if the classroom is not ready, that classroom simply will not be used.”

The mayor pointed to a recent survey of parents that closed last week that said that more than 700,000 of the city’s 1.1 million public school students could start the school year attending class in person. The survey also said that 264,000 students (26%) would stick only to online classes.

(Note: parents who didn’t fill out the online survey in time were automatically thrown into the “yes” pile for the hybrid learning plan.)

“Additionally, we know that, as of now, we can expect about 85% of our teacher workforce or about 66,000 educators to be teaching in a blended mode as well,” said Carranza. “About 15% of our teachers have requested a reasonable accommodation to work from home.”

The survey provided some solace for United Federation of Teachers President Michael Mulgrew, but not enough.

“This is one step in the process of figuring out if schools reopen how to do it safely,” stated Mulgrew. “We have a long way to go. Many questions about safety and about blended learning are still unanswered.”

On Tuesday, a reporter questioned the survey’s results stating that while said survey showed that 700,000 families plan on participating in the hybrid learning plan, only 131,000 proactively chose it. The mayor told the reporter he was reading the stats wrong.

“Their kids, they’re offered the opportunity to opt out,” said de Blasio. “They don’t take it. That’s a conscious act for the overwhelming majority of parents that has been talked about a lot, for months and months, and we have a survey done before that, that tracked almost exactly what the numbers we got from this opportunity that we offered parents.” De Blasio and Carranza noted that schools won’t reopen if the community transmission rate on a 7-day rolling average is above 3%.

But some education activists still aren’t buying what the mayor’s selling.

“I’ve talked to educators and they have no clear direction,” said Jasmine Gripper, executive director of the Alliance for Quality Education. “We’ve seen people already apprehensive about taking the subway.” Gripper also said that aside from physically being in class, there were other problems on the opposite side of the spectrum.

A statement from the Department of Education said the city is doing its best to accommodate all parents, teachers and children.

“Health and safety come first, and our plans for the fall are built with input from our public health experts, and we continue to work arm in arm with our union partners to develop every detail of our reopening plan,” read an emailed statement. “We are reviewing requests for accommodation for teachers who have specific health needs, and we’ll work with all of our educators to ensure they are safe and supported working every day.”

Grant conveyed that she’s confused, like many New Yorkers, as to how City Hall will execute its plan to bring kids and educators back to school and where the money will come from. Despite all of this, de Blasio and Carranza have stepped on the gas to reopen schools.

“A lot of parents have chosen remote learning because we don’t trust leadership to keep our kids safe,” said Grant. “We are not comfortable with any of the DOE plans because they do not make sense. We are seeing what’s happening in parts of the country where kids have gone back to school and the schools had to close because children started getting sick. So we will not be building a plane as we fly it. I think the teachers are smart to not risk their health.”

De Blasio told reporters that he has members of his administration working to use former Catholic school facilities to expand space for social distancing while educators teach and students learn.

“Those are the ideal facilities for expanding out,” said the mayor. “We also need facilities that are as close as possible to the schools that kids normally go to. So, we’re finding some success.”

“The city can’t do this alone,” Gripper said. “We need them to raise taxes on the wealthy. Upper West Siders are complaining about the homeless on the streets. Maybe they won’t be there if you paid a little more.”