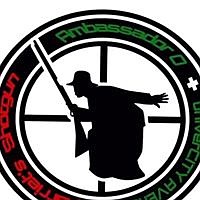 This day was inevitable. As much as we prepared, we would still rue the day that it has arrived, however. The somber news is the seemingly definitive separation of rap music from the realm of hip hop culture, or considering your viewpoint, it’s the other way around. The clues of their strained relationship were left in increments, but it became abundantly clear at the turn of the century that this union was destined to part. Rap as the flashiest and loudest (not ONLY) voice of the culture was tolerable, but once it became a financial juggernaut things began to change. That ability to generate large quantities of income was enticing to corporate and mainstream America. It stood to reason that hip hop as a culture should have been the first to benefit as a whole. The blood, sweat and tears that went into the craft alone was justifiable for a payoff; those years of actually living through the conditions that birthed the creation of the culture warranted a lion’s share of the windfall. We arrived!! Unfortunately, though, along with rap, came an industry. An industry laden with people that would never acknowledge our concerns, let alone our existence. Instead of being leery of this newfound attention, rap and rappers embraced it. How could this be? We let them into our house and now we have to pay rent to THEM? Even became indoctrinated to the edicts of white dough matters! White adulation matters! White acceptance matters! Those morphed into white ideals matter and white thoughts matter. It’s been that for almost two decades now. Things would occur in our community, and we’d hear other agendas coming from our voice if they spoke at all.

Which brings us to last week. So comfortable are the visitors that they feel emboldened to use HIP-HOP against us and crown themselves the savior of Black people. Meet John Wesley Lucas, better known as JW Lucas. If you let him tell it, he’s at the forefront of production of rap music. He does have a monster hit under his belt, but his credits don’t warrant his ego. Yet he’s comfortable enough to say out loud, “I have the fundamental understanding and the framework to bring real innovative ideas to the table.” This isn’t overseeing an entire album he’s discussing; dude is speaking of Black folk!!! His methodology to perform this is to, “Detach from the institutional narratives that are perpetrated in the system that are fed to Black America through hip-hop culture; that has been a prominent figure in the upbringing of Black children since the single parent race sky-rocketed with the liberal welfare system.” Whatever the hell that means. He does have the guile to separate his contributions to these narratives by stating, “I make instrumental music and artists have the freedom of speech to say whatever they want.” Got it!

This of course pales in comparison from the pipe bomb comment that put him in the cross hairs of social media by uttering, “Why is the world asking for justice for Breonna Taylor…of course she shouldn’t have lost her life…but do you realize that she was involved with multiple drug dealers who were using her house as a trap spot? If you sign up for that life there are consequences.” During one of his open “apologies” he offered, “….if there were circumstantial evidence in which a warrant was signed and executed, and police were fired on there is special circumstances to this case. I do believe this case is being sensationalized for political purposes.” Sensationalized? The initial occurrence took place in March and it started to gain traction in May.

Rap music, this is what we doing? This how we feeling? You’re not the sole blame, but you were the biggest gateway to let the vultures in. So if we have to throw YOU out with the bath water to preserve our people, BYE!!! R&B, reggae, jazz, gospel, blues; we’ll be ok.