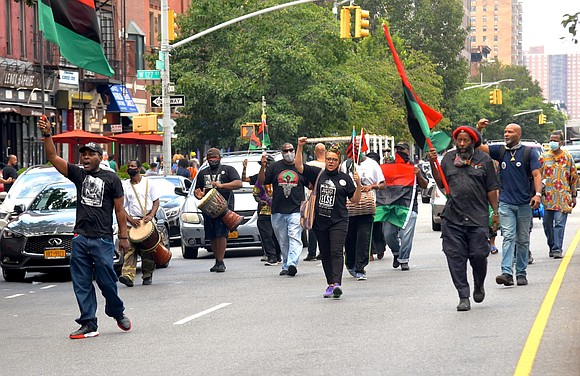 Harlem, USA joined nations all over the world to celebrate the August 17th birthday of the Honorable Marcus Mosiah Garvey.

The dedicated came out to the 80th annual “Marcus Garvey Black Power Parade” chanting from 124th St. and Marcus Garvey Park, through Central Harlem. Garvey established the most successful international Back to Africa movement. Garvey was born on August 17, 1887 in St. Ann’s, Jamaica. He was an exponent of Black self-determination and self-empowerment with Pan Africanism and Black Nationalism. The world over he is celebrated for establishing the United Negro Improvement Association-UNIA, ‘Back to Africa’ movement. He was an international activist and businessman with his Black Star Line fleet of ships which featured a Black crew and captains, and his Negro World newspapers. His movement created Garveyites from the 1920s until present day.