DeJoy: USPS will back off of changes, but won’t reverse the ones already done 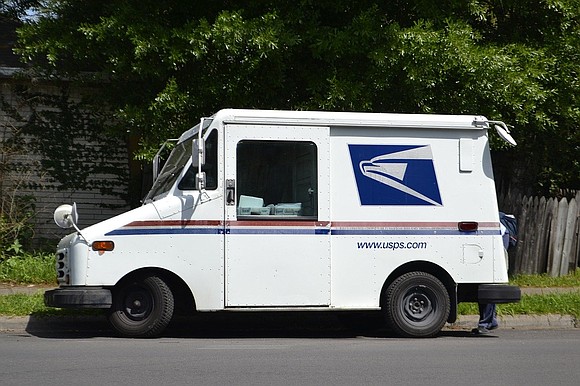 Hearings and bills that could amount to nothing.

On Saturday, Aug. 22, the U.S. House of Representatives passed the Delivering for America Act which called for emergency funding to the tune of $25 billion for the United States Postal Service. The bill also calls for the suspension of all changes to the postal service until the pandemic is over. Some of those changes include moving mail processing equipment and blue mail boxes. Postmaster General Louis DeJoy said those changes would be suspended until after the Nov. 3 election.

But around the country, sorting machines have already been taken out of service or were removed from post office locations. Political opponents have accused Pres. Donald Trump’s administration of deliberately eliminating sorting machines and mailboxes to increase Trump’s chances of being re-elected. Trump alleges that mail-in voting, something that’s become more important during a COVID-19 global pandemic.

With that in mind U.S. Congresswoman Carolyn Maloney, who sponsored the Delivering for America Act, held a rally in Union Square last Friday promoting a “National Day of Action” supporting postal workers. Joined by members of the National Association of Letter Carriers, the New York Area Postal Union and National Postal Mail Handlers Union, Local 300, Maloney declared her support for the post office’s fight against the removal of sorting machines and mailboxes. In a statement, Maloney said that the postal service is too important to the country to mess with especially now.

“On this National Day of Action in support of the Postal Service, its mission, and postal carriers throughout the country, we stand committed to ensuring this vital service for New Yorkers and the American people,” stated Maloney. “We will get answers for the American people.” DeJoy played defense against providing answers during Monday’s Aug. 24 hearing where he testified in front of elected officials questioning his motives.

During the hearing, DeJoy told election officials he’d stop removing sorting machines, but wouldn’t put back the sorting machines that were already taken from post office locations. He said he wasn’t “engaged in sabotaging the election” and indicated that Trump himself will vote by mail. DeJoy also accused Democrats of engaging in a “misinformation campaign” against the Postmaster General and against Trump. During one heated exchange with Congressman Stephen Lynch, D-Mass., DeJoy blocked all accusations of using the postal service to influence the election. However, DeJoy wouldn’t reverse course on what was already done.

“Will you put the high-speed machines back?” asked Lynch.

“Well, there you go,” Lynch responded.

U.S. Congresswoman Katie Porter, D-Calif., asked DeJoy questions about the basics of the post office. Porter asked him how much a first-class postage stamp cost and how much it cost to mail a postcard. DeJoy, a Trump donor, admitted “...I know very little about postage stamps.”

Despite, taking away sorting machines and mailboxes and expressing a desire to eliminate overtime to cut costs, Trump took to Twitter to state his belief in the postal service.

According to the U.S. Election Assistance Commission, 24% of voters in 2016 voted by mail, which means that more than 33 million voters (of the 140 million who did vote in the 2016 presidential election) voted by mail; a number that will likely increase this year because of the coronavirus.

This is why attorneys general across the country, including New York State Attorney General Letitia James, have or are about to sue the Trump administration for deliberately influencing the election in his favor by slowing down mail.

In a recent statement, James laid out her reasons for suing the administration.

“Pres. Trump’s actions to interfere with the operations of the U.S. Postal Service in advance of the presidential election is deeply disturbing,” stated James. “It is an attempt at an authoritarian power grab in an effort to hold on to power, plain and simple. I, along with numerous other state attorneys general from around the nation, are now swiftly examining every legal option to protect the postal service and Americans’ right to vote absentee.

“While the president works to disenfranchise voters, we will fight to protect our democracy and ensure every eligible voter has the opportunity to cast a ballot come November,” continued James.