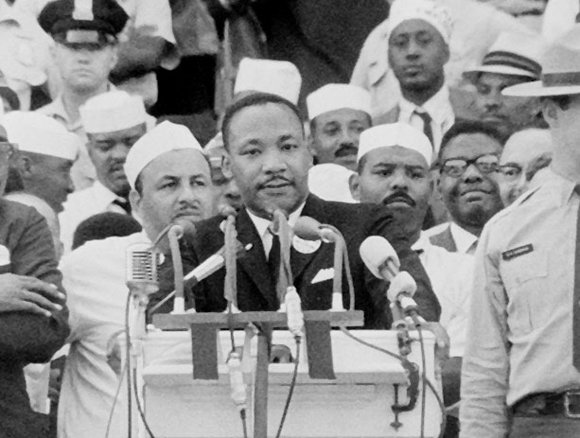 As we approach the anniversary of the 1963 March on Washington, let us remember that the march represented far more than Dr. Martin Luther King Jr.'s soaring "I Have a Dream" declaration.

The march was called by a coalition of civil rights, progressive and labor organizations to demand jobs and freedom, including civil and voting rights. Fifty years later, those demands remain just as relevant, and any observance of the march would do well to have those issues at its core.

In that regard, I'm reminded of the words of former New York City Mayor David Dinkins in responding to a question about the gains of the Civil Rights Movement. Dinkins said, "Things are not what they should be, but thank God they are not what they used to be." Amen.

In the early 1960s just before the Washington march, my family and I lived in Virginia, the capital of the Confederacy. And even though I was born after the landmark 1954 Brown v. Board of Education decision outlawing segregated schools, my fellow students and I never experienced the benefits of that decision.

Change has come. The concept of "separate but equal" has largely been rejected. And the march's key civil rights demands were met with passage of the Civil Rights Act of 1964 and the Voting Rights Act of 1965. Few leaders would dare advocate any form of racial inequality.

It is not so with the more difficult economic demands. In fact, in many respects, the economic disparities today are worse than they were a half-century ago. The 1 percent now claim a far greater percentage of the nation's wealth, while working people fall further behind.

My parents moved our family to New York City in the early 1960s, and even though we weren't well off, both parents were able to find work and provide for me and my siblings. For grade schoolers like me, the Bronx was a step up from Virginia. The classes were certainly more diverse.

But have conditions improved for our children since then? In the 1960s, classes were smaller, the after-school and social programs were more plentiful and the family safety nets were far stronger. And for high school graduates, the CUNY system was free.

What happened? Beginning with the Ronald Reagan administration in the 1980s, we have witnessed a steady erosion of the social pact. Central to this strategy was the destruction of unions and the organizations and individuals that fought for working and poor people. King's assassination came after he dared to question our nation's foreign and economic policies.

And today, many of the achievements of the movement led by King are under attack. Our nation's highest court, for example, is set to rule on the merits of affirmative action and the efficacy of the Voting Rights Act.

It seems as though the Supreme Court's conservative judges believe, as do many others, that we now live in a post-racial America. They cite the election of President Barack Obama as evidence. Yet every vital statistic tells us different. From income to wealth, education, housing and health, African-Americans, Latinos and other people of color are on the bottom of the scale (except for police abuse and imprisonment).

The Supreme Court will also rule on Section 5 of the Voting Rights Act, which requires nine states--mainly in the South--and other counties and towns to get federal approval before making any changes in election laws or procedures. Among the counties that are covered by Section 5 are Manhattan, Brooklyn and the Bronx, where I live.

Congress renewed the Voting Rights Act in 2006 for another 25 years. The Justice Department used Section 5 of the law to block changes in several states during the last national election. But Shelby County, Ala., is challenging the law, arguing that the country has put racism behind and that minority voters now have an unfair advantage.

The opposite is true. Jim Crow laws were designed specifically to thwart democracy by denying the franchise to African-American voters. And the problem persists. The Sentencing Project, an advocacy group for the incarcerated, estimates that in several states, among them Florida, Kentucky and Virginia, more than 20 percent of African-Americans have lost the right to vote because of felony convictions.

The road to equality is long. King and leaders before him helped light the path and led us along the way. We've traveled far, but we've still got a ways to go.