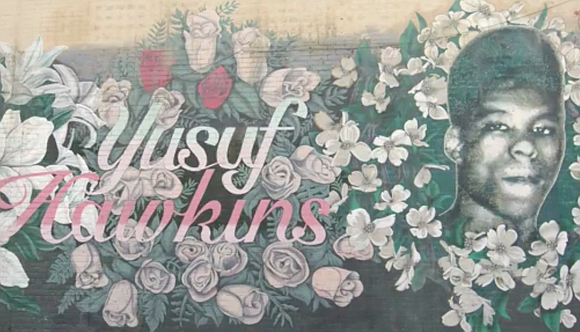 Let’s put things in perspective. A Black man of at least 40 years old in the year 1989 in New York City would have very vivid, detailed and traumatic memories of some of the most infamous events in the annals of American history. The dates and events are as follows…

September 15, 1963: Addie May Collins, Carol Denise McNair, Cynthia Wesley and Carole Rosamond Robertson were all victimized in the 16th Street Baptist Church bombing. Little known fact is within a few hours of THAT attack were the murders of two African American boys, Virgil Ware, 13, and Johnny Robinson. Ware was shot to death by a wound-up, segregation supporting white teenager who claimed he intended to “scare” Virgil and his brother as they were riding by on a bicycle. Similar rationale was used by the police officer who shot and killed Johnny Robinson in an incident stemming from the aftermath of the church bombing.

Those were foundational events that affected the psyche of African Americans, who were probably Afro-American or Black at that time, throughout the nation. Couple those with the draft, Vietnam War, the rise of heroin usage, unemployment, slumlords and the NYPD and the cauldron for a potent combustible brew was filled with all the proper ingredients.

Well those burdens of grown Black men were inherently passed on to the next generation, their nephews, sons and grandsons. These youth, unbeknownst, shouldered the consequences of those ugly truths plus their own. Conflict in Libya, Grenada, the Middle East, even the specter of a superpower showdown was at times preferred over the realities on our own soil. No gray areas allowed. Politically it was Dinkins vs. Koch. Ideologically it was Goetz’s self-defense vs. Larry Davis’ self-preservation. While there were no civil rights iconic figures that were taken out, the character assassinations perpetrated during the coverage of murders of Bumpers, Turks, Stewart, Cato, Griffith effectively crystallized what we were up against. Why was 1989 the number? We needed to put the decade of the ’80s to an end. Of course, a cherry on top for the decade’s swan song was in order. We got that August 23, 1989. HBO Max bought us back to that day and time that we seemingly never left with the documentary “Yusef Hawkins: Storm Over Brooklyn.” To say the piece was riveting and compelling would be an understatement. While we did not learn much of who Yusef was, we definitely found out who New York and ultimately who America was. The audio, video and stills of those average joe citizens that resisted what was righteous were priceless. We saw what engrained stems from womb to the tomb was as both the young and old lacked empathy for a life lost. If we were really watching we would ask ourselves where are these people now? We’d also have to come to the realization that they’ve gone nowhere!! They’re teachers, doctors, lawyers, policy makers, law enforcement, athletes, butchers, bakers, candlestick makers. Their ego and privilege even allowed them to set up shop in the House where Hip-Hop Lives for over two and a half decades, making us a laughingstock all the while!

What else will it take? …This just in—JACOB BLAKE shot seven times (while his back was turned) by police in Kenosha, Wisconsin. Here we go AGAIN…

Over and out! Holla next week. Until then, enjoy the nightlife.