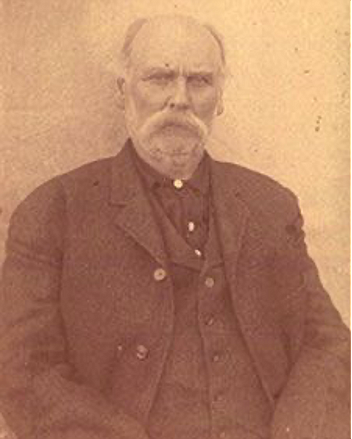 Several years ago after featuring the famed architect Vertner Tandy in this column, we promised to profile his partner one day. That day has arrived and George Washington Foster can step forward and get the honor he deserves.

If the Villa Lewaro, the fabulous mansion constructed by Tandy for Madam C.J. Walker in Irvington, N.Y. stands as a tribute to his genius, then the Mother AME Zion Church in Harlem is representative of Foster’s enormous gifts. But like Tandy, there is so much more to Foster’s life and legacy than one remarkable edifice, nothing more illustrious than being New Jersey’s first licensed Black architect and one of the first in the nation.

Born on Dec. 18, 1866 in Virginia, Foster was the son of a father who was a carriage stripper and his mother, less rewardingly, a descendant of Jefferson Davis, the Confederate president. Foster was 4 years old when the family relocated to Newark, New Jersey. Perhaps the most substantiated proof we have about his early years is that he attended night school at Cooper Union where he studied architecture. It is further conjectured that he possibly worked as a draftsman at the Henry J. Hardenburg firm.

Foster, during this period of apprenticeship, was on board when the firm constructed both the Plaza Hotel and the Dakota apartment building where John Lennon and Yoko Ono lived. He is also mentioned in one account of New York City’s architectural history as being part of the planning and building of the Waldorf Astoria Hotel in 1892.

Through his affiliation with Hardenburg and his firm, Foster earned both a meaningful living and a reputation. So fruitful was their relationship that Foster named one of his sons Henry Hardenburg Foster. There is even a citation that Foster was part of the team of architects who constructed the Flatiron Building. By the turn of the century, Foster and his wife, Carrie, had relocated to Park Ridge, New Jersey, residing as you might expect, in a house he designed and built. Here he and Carrie raised their six children. Many believe that Foster had something to do with the construction of homes in the area since many of them resembled his.

It was around 1908 that Foster met Tandy, New York’s first registered Black architect. According to several accounts, they met at a Masonic Lodge and thus began their friendship and fruitful collaboration, though Tandy is often the most prominently recognized of the two. But it seems Tandy, the younger of the two, actually sought to be mentored by the established architect. Among their first joint ventures was St. Philip’s Episcopal Church. Much of Foster’s future contacts came as a result of Tandy’s standing in the community, particularly his landing the assignment to construct Mother AME Zion Church that was completed in 1925. As noted Harlem historian Michael Henry Adams observed in his book “Harlem Lost and Found,” where he points out the differences in the academic background of the two architects. Tandy, he noted, was “a product of a far more prestigious program at Cornell” rather than Foster’s attendance of “night classes at Cooper Union.”

No matter the distinctions, both brought social graces that made their combined works astonishing landmarks. Foster, who died on Dec. 20, 1923, did not live to see the completion of Mother AME Zion, which was dedicated in 1925. He is buried in Westwood, New Jersey at the Westwood Cemetery.