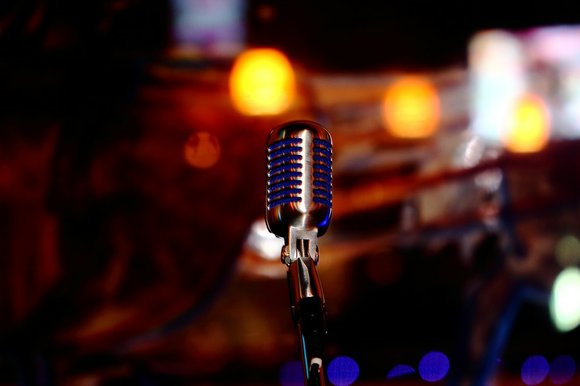 Lineage. Strong word that is. Is it something that should be upheld with pride and dignity or is it wrought with so much strife that it has to have a drastic renewal or even burial? Is it a beast or burden? Is it something that can push you to the depths of your potential to just sustain, or will it turn out that level of success is that far beyond your grasp, that you’ll succumb to the pressure and rest on laurels not earned by you? To sweeten the pot further, lets add some acclaim and fame to the mix. No that’s too easy, let’s take it all the way there and talk legacy. How proud are we of Lalah (HATHAWAY), Gerald (LEVERT), Ziggy, Stephen, Damain, and now Skip (MARLEY) for being a continuum of not just a historic namesake but also the art of Black expression. Adding to that class of artist is one of the queens of 21st century Gospel Kierra Sheard. Carrying the torch of her mother, Karen Clark Sheard, success as a soloist and as a member (along with her aunts) of the Clark Sisters isn’t enough for Kierra to shoulder. She has planted seeds in other endeavors such as acting, where she was cast as her mother in the hit Lifetime movie, “The Clark Sisters: First Ladies of Gospel.” Fashion is also in the cards as she designed pieces for her clothing line Eleven60 and has plans for a book in 2021. Music however is the mainstay as she had yet another stellar year in 2020 with the release of three singles “Don’t Judge Me (ft. Missy Elliot),” “It Keeps Happening,” and “Something has to Break (Ft. Tasha Cobbs Leonard)” and her live self-titled “KIERRA” produced by her brother J. Drew Sheard. Keeping family paramount the new project was presented on her family’s gospel label, Karew Records, which falls under the umbrella of Karew Entertainment. Out of necessity a new sub-venture was spawned called, Karew Virtual Experience. Due to the COVID-19 pandemic, artists were forced to be creative with how they musically engage with their audiences, and Karew Entertainment President, J. Drew Sheard II, adjusted to the curve. Under the Karew Virtual Experience brand, Sheard II and his dynamic team of creatives have created full, state of the art virtual concert experiences that has reached fans across the world. From production, lighting, set design, editing, sound engineering, social media promotion, and more, Karew is a “one stop shop” for all things related to creating a world class virtual experience from conception to execution. Karew Entertainment President J. Drew Sheard II mentioned, “I was very intentional in making this experience unlike anything we’ve ever done. I wanted to bring more creative production quality for viewers to feel like they are having a special experience opposed to watching a regular online concert.” With this new innovative technology usage, Karew Virtual Experiences is delivering two showings on Friday, Dec. 11 at 8 p.m. EST and 7 p.m. PST with leading talent, 3x Grammy-nominated artist Kierra Sheard and 3x Grammy-nominated Mali Music! Each intricate detail to this experience has been sharpened in order to bring one of the most high-end virtual entertainment experiences in history! Concert goers will experience high definition LED screens with smoke machines, light boxes, live band, live background vocals, and some of the most progressive fashions designs to date—a complete world tour concert experience. The show’s leading talent, Kierra Sheard and Mali Music, who are both nominated in the 2021 Grammy’s ceremony, completely redefine what it looks like to inspire and break barriers. This duo is giving viewers a top-tier presentation only comparable to the entertainment industry’s A-list artists.

Tickets to “The Kierra and Mali Virtual Experience” can be purchased online at KarewVirtualExperience.com.

Sounds like a much watch to me, they’re both the TRUTH!!!