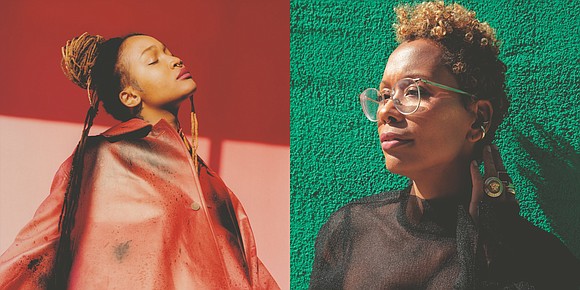 With their stylishly packaged, epic tome, “Black Futures,” New York Times staff writer and cultural critic Jenna Wortham and art historian, art curator and influencer Kimberly Drew have gone to great lengths to find out exactly who Black people in America are right now and what’s important to them. They’re sharing the answers to those questions with the rest of us.

In a recent virtual appearance at an event presented by BAM and Greenlight Bookstore’s “Unbound” literary series focusing on book launches and new releases of renowned authors, artists, and public figures, Wortham stressed, “We wanted [‘Black Futures’] to be a gem that our younger selves could stumble upon in some aunties’ living room and secreted away to explore and have this whole experience with.”

Beyoncé, in a manner of speaking, started it all. Some of the interstitial video played during breaks on the singer’s Formation tour included images of social media reactions to her music; they were thoughts from regular Beyoncé fans, to celebrities, to social media influencers. Explained Wortham in a recent interview the duo did with the Amsterdam News, “it was just this acknowledgement and awareness of the ways in which we’re in conversation with each other, culturally. It was just this cultural context flattening that I’d never seen in real time like that. It really started the wheels turning in my head.”

Wortham DM’d Kimberly Drew. At the time, Drew was social media curator for the Metropolitan Museum of Art, and owner of the Black Contemporary Art Tumblr with millions of followers, and an influential presence in the art world. “We connected,” recalled Drew, “and what started as kind of a smaller kernel of an idea became what is now a 500-page anthology that’s committed to answering the question, ‘What does it mean to be Black and alive right now?”

In the tradition of Rhodes scholar and historian Alain Locke’s “The New Negro” (1925), or Toni Morrison’s “Big Black Book” (1974), which in their own ways sought to capture and contextualize the zeitgeist of Black America surrounding the New Negro and Civil Rights eras respectively, Wortham and Drew’s “Black Futures” is an encapsulation of Black America in the midst of its current civil rights struggles, many of which have played out on social media.

Stated Wortham, “I think that we’re in a moment of unprecedented visibility for black creatives, which is something that’s quite remarkable and is in no small part due to the incredible contributions of generations that have come before us.”

Added Drew, “There’s a prism of different contributors that are working on pretty much a global scale, in a number of different zones and mediums. The larger principle around the project is really looking at this kind of contemporary moment in Black culture and how it’s been influenced and guided by the internet.”

The slick yet sophisticated volume covers a broad swath of topics by some of today’s most insightful creatives, activists and influencers. It contains recipes, drawings, photographs and essays. Contributors include Ta-Nehisi Coates, Alicia Garza, noted art historian and Harvard Associate Professor Sarah Lewis, artist Firelei Baez, novelist Zadie Smith, journalist Nikole Hannah Jones, and artist Alexandra Bell. Topics include environmental justice, cultural appropriation, the significance of blackplanet.com, The Colored Girls Museum, the use of “Black English” by non-Black people, the Equal Justice Initiative’s soil collection project, the role that Black barber shops play in fostering a sense of community and identity, challenges faced by Blacks in the online gaming community and much more.

Wortham admits she was pleasantly surprised at just how eager people were to be a part of the project. “We were amazed by how much time and energy people gave us and I think that spoke to such a need to be seen and acknowledged and recorded and observed. It felt extraordinarily important for Black people to be organizing around our own work.”