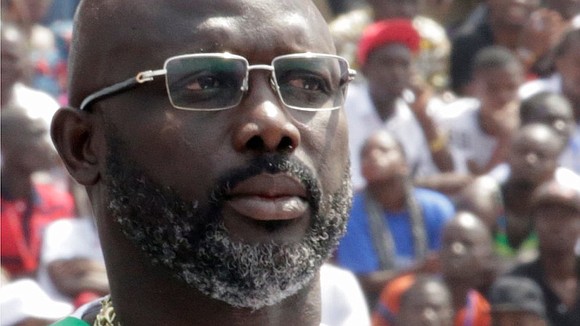 Liberia’s Supreme Court, in a reversal, has upheld a controversial referendum that opens the way for President George Oppong Weah to seek a third term in office––now prohibited under the constitution.

The referendum is scheduled for Dec. 8 and is opposed by most Liberian opposition parties and civil society groups.

If Weah takes his chances and runs again, he would be taking a page from the playbook of Alassane Ouattara of Ivory Coast and Alpha Condé of Guinea, whose successful third-term presidential bids earlier this year took place amid an opposition boycott, nationwide protests and violent clashes with police.

While the Ivorian and Guinean presidents may have succeeded in their political coups, Weah may be in for a rude awakening, observed Robtel Neajai Pailey, a Liberian author and activist. Liberia’s polls next week will be a symbolic referendum on the once-popular, now embattled, president, she said.

For the past year, Weah’s ruling Coalition for Democratic Change (CDC) focused on the referendum, with images of the president plastered on billboards across the capital, Monrovia, urging the electorate to vote “Yes” on eight constitutional questions.

But institutions such as the Liberia Council of Churches and the Liberia National Bar Association say the referendum’s eight amendments should never have been peddled as partisan causes. This, they say, appears to violate the current constitution.

Further, they say, most voters are ill-informed about the implications of the eight propositions in the referendum and why they should endorse or reject them.

Weah rose to power three years ago on a populist tidal wave. Immediately after taking office, he accused Ellen Johnson Sirleaf,  Liberia’s and Africa’s first elected woman head of state, of leaving him with empty coffers.

Weah’s light inexperience has been blamed for sinking Liberia into a deep hole of economic mismanagement. There is currently a shortage of local currency, inflation is at an all-time high and auditors have died mysteriously amid a culture of impunity that enables criminality and corruption, Pailey said.

The referendum has also divided diaspora Liberians and others with Liberian lineage who are urging their compatriots to vote ‘yes’ to all the proposals in the referendum, especially the proposition that has to do with dual citizenship.

Emmanuel S. Wettee of the All Liberia Conference on Dual Citizenship (ALCOD), said: “A ‘yes vote’ will give the diasporans the opportunity to ‘reclaim’ their Liberian citizenship,” adding: “because you know according to the law, we are not Liberians.”