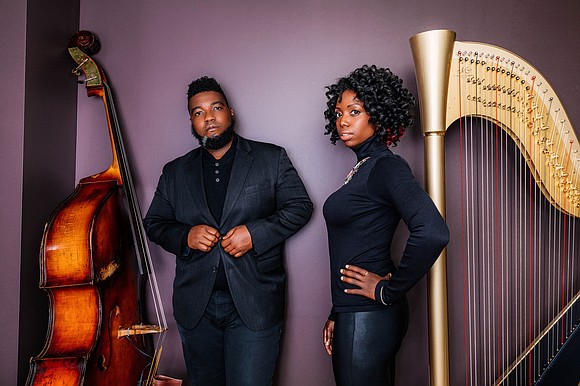 As COVID-19 looms its continuous dark cloud over the world’s sky and with a vaccine seemingly just months away, “VTY Jazz Arts” anxiously invites a live audience under COVID-19 safety guidelines. On Dec. 13, “First Sunday Serenade” will present “One For Monk” A Tribute To Thelonious Monk at The Cutting Room, 44 East 32nd Street.

The all-star New York cast features pianist George Cables, bassist Gerald Cannon, trumpeter Freddie Hendrix, saxophonist Craig Handy and drummer Willie Jones III. With the exception of Cables, the rest of these capable musicians were kids during the 1960s when Monk was still reaching the pinnacle of his success. He had already appeared on the cover of Time Magazine (1964) and recorded “Criss Cross” and “Underground” for Columbia Records. With such talent assembled we are sure to get yet another radiant perspective of Monk’s sparkling repertoire. This group demonstrates Monk’s music and inspiration is still on the fly for generations to come. Two sets from 4 p.m. to 6:45 p.m., music charge is $30. Reservations suggested; call 917-882-9539.

Early on when Gov. Cuomo first announced New Yorkers would be under strict “shelter in place” restrictions, the bassist, composer and bandleader Dezron Douglas performed a solo livestream from his Harlem apartment with the Jazz Gallery. At that time Douglas laughed as we discussed what this new norm of performing would look like. He said, “Yeah, man, this looks like the new normal so I have to upgrade my technology equipment and get a new microphone.” Before long he and his partner, roommate and collaborator in everything that is good, harpist, composer and bandleader Brandee Younger began performing livestreams out of their Harlem apartment. In the midst of their streams they decided to perform a streamed version of their Columbia University concert that was cancelled due to the pandemic. “The response to that streaming was overwhelming, people felt relief and said it was a great lunch break,” said Younger. “At that point we felt maybe we aren’t just doing it for ourselves and it became a thing.”

Broadcasting via social media while spreading the word to family and friends, and it stretched around the globe to those in need of spiritual healing. The duo hosted “Force Majeure: Brunch in the Crib with Brandee & Dezron,” a Friday morning livestream from their Harlem apartment where they performed songs, said “hi” to friends tuning in, and passed a digital tip jar. The name “force majeure” is known to diligent contract-readers as a seldom-invoked bit of legalese that voids commitments in event of “extraordinary circumstances,” for Douglas & Younger, artists with typically busy touring schedules, encountered that contract clause a lot this spring, as the pandemic lockdown closed venues and halted tours to the sudden loss of livelihood that they and their musician peers suffered in the wake of the coronavirus.

The series was acknowledged by NPR, The Wall Street Journal, Boiler Room and Downbeat. In late May, as the country erupted over the compounded murders of Ahmaud Arbery, Breonna Taylor, George Floyd and countless other Black Americans, Douglas & Younger continued to connect from their Friday morning platform. Finding the creative energy to devote to the project was a regular challenge for the two musicians. “Sometimes it was hard to be creative because the mood in the world was so dark, but every Friday we felt compelled to give back and allow GOD to heal through vibration,” says Douglas.

From the earliest sessions, the duo worked alongside International Anthem (Chicago based independent record label) to review the weekly recordings; together they compiled, edited and eventually arrived at the stream-to-songbook of “Force Majeure.” Between the choicest takes of tunes chosen for the final album sequence, they put excerpts of their sometimes cute or comedic, often profound banter. Notably Douglas’s voice ends both Side A and Side B with off-the-cuff variations of: “Black Music cannot be replicated, it can only be expressed.”

“Force Majeure” is a heartening inspirational collection of soulful solace music. An album that allows captives of COVID-19 a chance to take a deep breath and exhale a sigh of relief as the music configures a warm oasis on this brief musical journey from this “twilight zone” existence seemingly from a chapter out of an Octavia Butler sci fi book, but this is 2020 reality. It features 11 pieces performed by bassist Douglas & harpist Younger across a series of live-streamed shows from their living room in Harlem, N.Y. (from March to June); the album was self-recorded by the duo using just a single microphone. Younger is the credited engineer on the album. “I am so proud I developed a new skill during this pandemic. Everything was recorded on my iphone and ipad,” says Younger. “David Allen helped me set up the microphone and gave me remote recording assistance.”

The warm resonance of their blend on bass and harp strengthens the healing power of the song selections on “Force Majeure,” jazz and soul tunes like “Sing” from Sesame Street, the Jackson Five hit “Never Can Say Goodbye,” Pharaoh Sanders and Leon Thomas’ “The Creator Has A Master Plan,” the Stylistics’ hit ballad “You Make Me Feel Brand New” and the duo co-written composition “Toilet Paper Romance”—the composition became the Friday series finale tune. “That composition is so funny,” laughs Younger. “Dezron and I came up with that title when everybody was buying up all the toilet paper and there wasn’t any to be found.”

This is Douglas & Younger’s first duo album. “This collaboration was done out of quarantine necessity; we didn’t have an option but to share our creativity,” laughs Younger. Personally, Douglas & Younger’s duo is a contribution of unique reverence to the jazz platform. Their strings intermingle converse like birds in flight, their notes dance like shooting stars in the night, never overpowering only complementing like lovers, who never fight. On “Gospel Trane” Younger’s harp is out front, strings cascading like a babbling brook, as Douglas’ deep resonance holds down the melody; it’s blues drenched in swing time. Douglas dedicates John Coltrane’s “Wise One” to Ahmaud Arbery, stating, “He was slain out of pure evil—we need more love not division.” The bass beats under the harp’s song, their strings intertwine with notes of sadness, weeping blues with notes of anger, pain and determination. “Force Majeure” is a most significant album for 2020. It’s a portrait of varied genre interpretation, Douglas and Younger’s commitment to the music and fellow human beings throughout the world during this horrific pandemic. They have created a sound, a spirit, a feeling that we need to hear more of. Just saying, a duo album should drop at least once per year. It’s food for the soul.

“We vowed to become a part of the resiliency of this city,” says Douglas. “You can take the work away, but you can’t stop musicians from being creative. Live-streaming is just a part of it. The world as a whole saw that arts & entertainment is an integral and vital part of this ‘service’ city. We, musicians and creatives, are as essential to this city as the MTA is.”

Younger was actually in the studio working on her debut album for Impulse! Records during this interview. “It is surreal that I am on the same label as Alice Coltrane, it is very special,” said Younger. “I really liked the creative license that Alice had with the label.” The harpist, who travels in the tradition of Dorothy Ashby and Coltrane, says many of her originals will be on this maiden voyage and it is being produced by Douglas.

“We are still trying to adjust to our new norm,” says Younger. “We are continuing our Friday’s In the Crib Brunch (11 a.m.) but only once per month. Look out for specific dates.”

“Force Majeure” was just released on International Anthem. Be on it…