"Bandits abduct over 300 boys in nightmare raid at secondary school 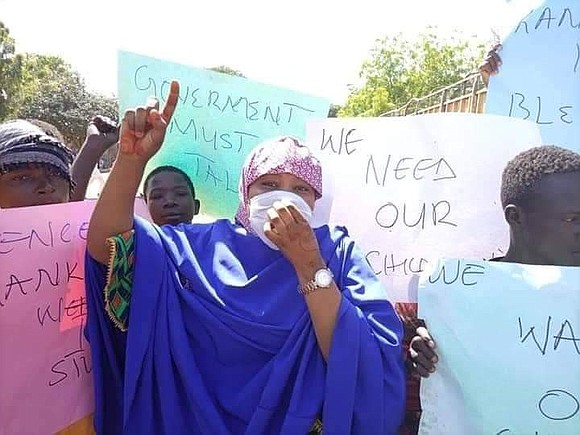 As Nigerian President Muhamadu Buhari retreated to his home in the northwestern state of Katsina over the weekend, armed members of a terrorist group on motorbikes attacked the region’s Government Science Secondary School in the same state of Katsina and kidnapped an estimated 333 students at the all-boys school.

Government officials commenting on the abductions gave varying estimates of the number of missing children. A spokesman for the Katsina Police Command, SP Gambo Isah, even questioned whether any students were kidnapped at all. “Maybe no student was even abducted as some of the students had to escape from the school during the gun duel,” he said.

No group has yet taken responsibility for the abductions.

Some 800 pupils were enrolled at the school in Kankara, Katsina state, and about half remain unaccounted for, according to Katsina’s Governor Aminu Masari.

As news spread of the attack, parents converged on the secondary school, pleading with authorities to save their children.

While few official press releases named the militant group Boko Haram, actions of this group have been reported in ever widening circles on the continent. Earlier this month, an attack by Boko Haram claimed at least 27 lives in Niger, according to local officials. The same group attacked a camp for displaced people in Cameroon in July, leaving 16 dead including women and children.

A senior local official said the attack was carried out with “unprecedented savagery.” Dozens of assailants laid waste to 60% of the Nigerien town of Toumour, burning down as many as 1,000 homes and the central market.

The Abuja-based Daily Trust interviewed some of the students who survived the attack. “At about 10:30 p.m., we began to hear gunshots and the senior students rushed to our hostels to wake us up,” recalled Kabir Isah, a student.

“While some of them said we should run for our lives, others said we should gather in the hostels first to monitor the situation before the next line of action.”

Mukhtar, another student, said he would return to the home of his parents until the security situation improved. “You have to be alive before you can become something in life. I am disappointed that this is the state where the president hails from.

“From what we are seeing, there is the likelihood that one day every other person could be killed in Katsina and neighboring states by bandits who now rule like emperors.”

BBC Nigeria correspondent Mayeni Jones cited the spread of insecurity across Nigeria. “The northwest is affected by militia groups kidnapping for ransom, the northeast by an insurgency of militant Islamists, and the south by attacks on oil facilities by groups demanding a greater share of oil revenue for the region.”