Charley Pride, from sharecropper to chart topper, dead at 86 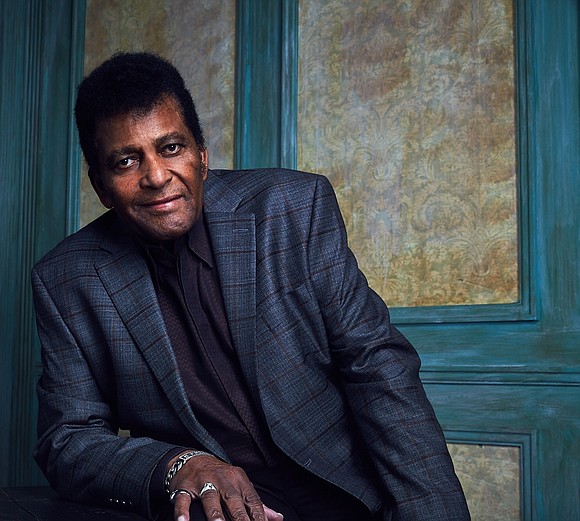 It’s not every man who derives inspiration from both Jackie Robinson and the Grand Ole Opry, but Charley Pride did. Eventually he set aside his glove and baseball dreams, picked up his guitar and sang himself into a singular niche of American culture. That place was recalled by the nation with his death on Saturday in Dallas at 86. He had performed at the 54th Annual CMA Awards in Nashville on Nov. 11 where he may have contracted Covid-19.

Whatever the outcome of the investigation into his death, there is no speculation about his place in Country Music pantheon as the first African American to become a superstar in the genre. On his website, Pride’s odyssey from a sharecropper family in Sledge, Mississippi to the pinnacle of Country music is a study in the American dream and one man’s determination. His first love and aspiration was to be a big league baseball player. As a teenager his ability on the diamond was evident but the game would soon have to share his love for country music.

At 14 (he was born March 18, 1934) he purchased his first guitar, but two years later he was on his way to a professional baseball career in the Negro American League as a pitcher and outfielder. In 1953, he began a sojourn with a number of teams, including the Memphis Red Sox, the Louisville Clippers, the El Paso Kings, and the Boise Yankees, one of the New York Yankee’s club’s farm teams. He was an all-star in 1956 and played against such immortals as Willie Mays and Hank Aaron. That same year he was drafted into the Army where he continued to excel in baseball, and there were opportunities to perform occasionally as a singer/guitarist at the officer’s club, a rare venue for a Black entertainer.

In 1958, he was through with Uncle Sam but still eager to display his skills in the company of such noted African American future big leaguers as Gene Baker and Ernie Banks. Even so, he had music on his mind and cut a few demos that didn’t get anyone’s attention. Two years later he was working as a smelter in Montana and playing for the company’s semi-pro team. But soon the baseball ambitions began to fade as the musical moments took command, thanks to country singers Red Sovine and Red Foley who invited him to perform during one of their shows.

For the next three years or so, Charley paid his dues bouncing from one manager, nightspot, and promise to another. His luck changed dramatically in 1966 when Chet Atkins a famed recording artist and an emerging executive at RCA Records signed him to a contract. Atkins tucked Charley under his wings and provided the wind to launch what would soon become history. Bolstered by a strong promotional campaign, again Atkins’s ingenuity, Charley’s two singles caught fire and “The Snakes Crawl at Midnight,” and “Before I Met You,” were all he needed to get the notice he desired and also set the stage for “Just Between You and Me,” that earned him his first Grammy nomination. “Between 1967 and 1987, he amassed no fewer than 52 Top-10 Country hits and went on to sell tens of millions of records worldwide. In 1971, Charley won two Grammy Awards related to his Gospel album DID YOU THINK TO PRAY–Best Sacred Performance, Musical (Non-Classical) for the album, as well as Best Gospel Performance Other Than Soul for the single “Let Me Live.” Later that year, his No. 1 crossover hit “Kiss An Angel Good Morning” sold over a million singles and helped him to win the Country Music Association’s (CMA) ‘Entertainer of the Year’ award and the ‘Top Male Vocalist’ awards of 1971 and 1972. It also brought him a ‘Best Male Country Vocal Performance’ GRAMMY Award in 1972. Some of Charley’s unforgettable hits from the 1960s, 1970s and early 1980s include “All I Have To Offer You Is Me,” “Is Anybody Goin’ To San Antone,” “Amazing Love,” “Mississippi Cotton Pickin’” “Delta Town,” “Burgers And Fries,” “Roll On Mississippi” and “Mountain Of Love.” “After parting ways with RCA Records in 1986, Charley spent the remainder of the decade releasing albums on the 16th Avenue Records label,” according to his website.

With the assistance of Jim Henderson, Charley wrote his autobiography “Pride: The Charley Pride Story” in the early 1990s. He was inducted into the Grand Ole Opry in 1993, more than a quarter of century after he performed there. “It was purely an economical decision for me. When I was first invited to join the Opry, they had a requirement at the time that you had to perform 26 Saturdays per year. Fridays and Saturdays were the best days for drawing people to shows and making money out on the road––and my career was starting to take off. So I had to politely decline,” he told a reporter.

The wall of plaques and records he amassed gives some notion of his impact on American Music. In 1994, he was honored by the Academy Of Country Music with its prestigious Pioneer Award. In 2000, he was inducted into the Country Music Hall of Fame. And in 2017, The Recording Academy, renowned for its Grammy Awards, honored Charley with a Lifetime Achievement Award.

As an international superstar, Charley has performed all over the world and continues to tour regularly in the United States, Canada, New Zealand, Australia, The United Kingdom and Ireland. Although he no longer dominates the Country radio airplay charts, Charley has never stopped recording new music. Since 1990, Pride has released many new studio albums, including “MUSIC IN MY HEART” in July 2017. One of the more surprising aspects about Pride’s rise to fame is how easily he was accepted by the Country music audience once they heard him sing. “People often say to me, ‘You must have had it hard,’ and when I say, ‘No, I didn’t,’ they give me that you-gotta-be-lying look. But there was never one iota hoot-call at any of my shows. The big problem early on was that [concert] promoters were reluctant or scared to book me,” says Pride. “But they finally came around.”

And by the throngs we might add. Charley Pride’s family, including his widow Rozene and his son Dion and close friends will hold a private wake and memorial in Dallas this week, with future plans for a public celebration of life memorial ceremony to be announced at a later date. In lieu of flowers, the family asks for donations to The Pride Scholarship at Jesuit College Preparatory School, St. Phillips School and Community center.