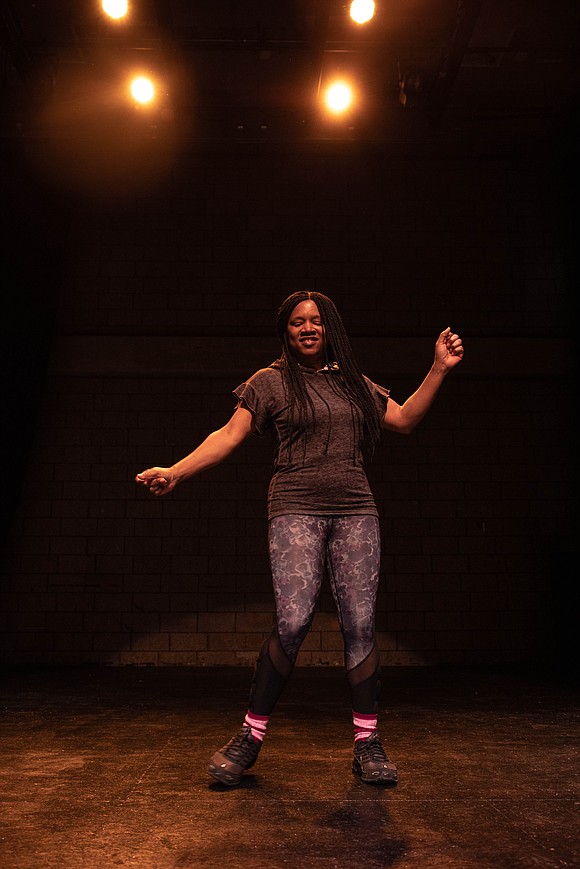 If you don’t know what “Love Changes” or “Nola Hello” means, then Bronx-born Dolores Brunner can tell you. Even better than that, she can show you! Brunner is a member of Empire Line Dancers, Empire Steppers, and a soul line dance instructor.

Brunner recently taught “Love Changes” or “Nola Hello,” the names of two soul line dances, during a virtual dance class presented by Abrons Art Center. States Ali Rosa-Salas, director of programming at Abrons, in an email, “I am a line dance enthusiast and have been doing it for several years. I met Dolores through her meetup group and we ultimately decided to host this program because we wanted to end the year with a celebration that evoked the spirit of holiday parties.”

Rosa-Salas also pointed out that because line dance can be done by one person, unlike many other social dances, it is the perfect fit for pandemic life. “For all of those reasons, we thought hosting a virtual event would be a great way to facilitate an experience that was both individual and collective.”

For people wondering if there is any connection to country western line dancing, Brunner points out in her interview, “It’s exactly like country line dance except we do it to R&B music.”

Brunner explained that she came to line dancing indirectly. Already an African dance instructor at a community center that offered an assortment of free dance classes on the weekend, she was a monitor for a Chicago Stepping (another style of social dance) class in 2008, and ended up being intrigued by that artform.

After that fateful day, Brunner signed up for lessons in Chicago Stepping being given at Jimmy’s Uptown. The lessons were given at events that were called parties. “In the middle of the party,” Brunner recalls, “they would put on line dance music and line dance. Since stepping is for couples, they would throw in line dances so people who didn’t have partners could also get a chance to dance.”

Almost instantly, Dolores knew that line dancing was something she wanted to keep doing for a long time. When she became a step dancing teacher, she also had to learn line dance for the line dancing interludes.

As for differences with stepping, which is also done to R&B, Brinner explains, “Stepping songs have downbeat so you can’t step to every song. You can line dance to any song, though.” R&B is used for both types of music but the songs are often mixed differently for each genre. “There are line dancing DJs that make up mixes for line dancing and there are songs that are made specifically for line dancing like the “Biker Shuffle,” for example,” Brunner explains.

Brunner, who people can easily reach by following her on meetup.com, often offers classes in Harlem’s The Conversation Room and at other times at Ripley Grier, when she isn’t invited to teach by specific organizations.

Brunner is the first to admit the New York area isn’t exactly the hottest spot for line dancing and speculates that, “Some things just don’t catch on in New York. We’re busy, we move fast, we just don’t slow down and do other things. It’s like dances that aren’t from here, we don’t gravitate to them.”

However, in other areas of the country, line dancing boasts some extremely passionate devotees. “It’s big in Philly, Chicago, Atlanta, and New Jersey,” Brunner explains. So much so, she says, that there are elaborate events where line dancing is the focal point. “In other cities there are thousands of people who do it. There are even weekends where people go away on a cruise, to a destination, or to a hotel. Then there are the conferences where they have workshops all day given by instructors from all over the country.”

For anyone uninitiated who’s interested in going to one of the epic line dance events that are often touted for both their physical and mental health benefits, but doesn’t want to feel like a complete fish out of water, Brunner’s classes might be a good place to start. Says Rosa-Salas, “She’s a good teacher because she makes the dance form accessible to people of all levels.”

Brunner confirms she focuses on beginner line dancers. “My classes are catered to beginners, because I know in New York City there aren’t a lot of line dances. Just about every class I give beginners come out.”

Barring that, you can also learn many of the dances on social media. “A lot of line dance choreographers put the dances on YouTube,” Brunner reveals. “Everyone knows the top 20 or 30 instructors and follows them, so you can learn a lot that way.”