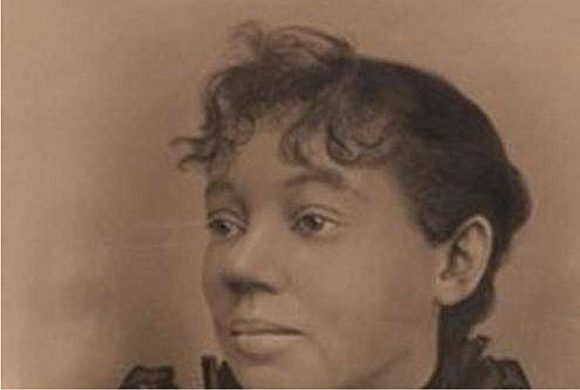 In recent columns male African American architects such as Vertner Handy and George Washington Foster have been featured. These notices prompt the inclusion of African American women who established themselves as architects, even if only minimally, given the obstacles they faced.

A cursory search revealed there were quite a few Black women architects, but Elizabeth Carter Brooks stood out, mainly because she was one of the earliest and for her remarkable overall versatility.

Born in 1867 in New Bedford, Massachusetts, Elizabeth was the daughter of Martha Webb who was enslaved by President John Tyler. Despite this captivity Martha devoted much of her life to the anti-slavery movement and civil rights, an endeavor her daughter would pursue with equal vigor.

Elizabeth attended New Bedford High School and later the Swain Free School, where she acquired the elementary and foundational skills related to design and architecture. With this early training, she was more than prepared when she was accepted at the Harrington Normal School for Teachers becoming its first African American graduate.

She began her teaching career at Howard’s Orphan Home or Asylum in Brooklyn that was earlier burned during the race riot of 1863, four years before she was born. In 1895, the same year Booker T. Washington delivered his famous address in Atlanta after the death of Frederick Douglass, Elizabeth began working with the National Association of Colored Women’s Clubs (NACWC). At the group’s convention the following year she was the secretary and from 1906 to 1908, she was the vice president, assuming the presidency during the next four years.

Shortly after the NAACP was founded, Elizabeth joined and later led the way for the creation of a branch in New Bedford, where eventually she would be president emeritus in 1948. Her organizational affiliations included the New England Federation of Women’s Clubs that later became the Northeastern Federation of Colored Women’s Clubs, where she was president for 27 years and “oversaw the sponsorship of community centers, scholarship funds, day care centers, and other services needed by the community,” according to one account.

In addition, she played a prime role in the creation of the New Bedford Home of the Aged, where she paid the rent of the facility for the first six months. This responsibility was ultimately assumed by Women’s Loyal Union. Her architectural skills were critical in the design of the colonial style home. Up until 1930, she was the president of Union. In 1901, she resumed teaching at the Taylor School, thereby making her the first African American teacher in New Bedford.

In 1918, near the close of World War II, Elizabeth was recruited by the War Council of the National Board of the YWCA to oversee the design and construction of the Phillis Wheatley YWCA in Washington, D.C. She was not the principal architect of the project, but supervised its building. Significantly more important at this time was the NACW’s Northeastern Federation of Women’s Clubs, application for a cooperative membership in the white NAWSA (National American Women’s Suffrage Association). Elizabeth let the white suffragettes know that Black women were just as interested in getting the vote as white women and without compromise or kowtowing to southerners.

She retired from teaching in 1929, while the Great Depression walked the land. This same year she married W. Sampson Brooks, who was the bishop of the African Methodist Episcopal Church. The couple resided in San Antonio until the bishop’s death in 1934 and Elizabeth moved back to New Bedford.

Upon her return to her native home, she joined a group of preservationists concerned about protecting the African American heritage. Part of the effort to secure that legacy was her purchase of the William Carney, who had distinguished himself during the Civil War and the charge against the Confederate held Fort Wagner. He was presented with the Medal of Honor for bravery in the battle. She was a prime mover in the effort to organize the Elizabeth Carter Brooks Jr. Girls Club and met with young women on Friday afternoons to preserve the history of African American men and women. One of her Jr. Girls Club members fondly remembers meeting Mary McLeod Bethune at one of the meetings held at the home of Mrs. Brooks.

Elizabeth died in 1951 and as a tribute to her dedication the city of New Bedford named a school after in 1957.