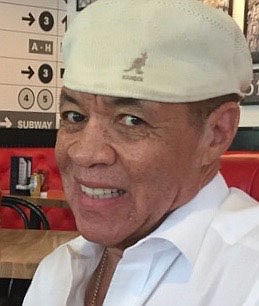 New York City jazz clubs have been bobbing and weaving to stay alive despite the onslaught of deadly punches from the COVID-19 pandemic. Jazz Standard is the first major jazz club to permanently close its doors due to the coronavirus.

In a press release, the owners wrote: “We have explored every avenue to arrive at a different outcome, but due to the pandemic and months without revenue, as well as a lengthy rent negotiation that has come to a standstill. We’ve reached the disappointing conclusion that there is no alternative but to close Jazz Standard and Blue Smoke Flatiron. The current situation surrounding the pandemic, including the regulations for restaurants and live music, make it impossible to maintain our quality and continue to ‘set the standard.’”

The club, located on East 27th Street in the basement at the bottom of a long narrow staircase, first opened in 1997, but was re-opened in 2002 along with the upstairs barbecue restaurant Blue Smoke Flatiron. Both the club and the restaurant are owned by restaurateur Danny Meyer and his Union Square Hospitality Group. During an interview with this columnist in 2002, Meyer explained, “Entrees like eggplant curry with jasmine rice and downstairs appetizers like seafood pizza just wasn’t a good mix with jazz.” Following Jazz Standard’s renovation and the restaurant’s name change to Blue Smoke specializing in barbeque, Meyer has felt that ribs and jazz are the perfect combination.

The club was a favorite among musicians, fans and a hip place for tourists exploring the Gotham jazz scene. The great music and ambience served as a perfect setting for first-dates, and some met their significant others there, including a few musicians.

The venue was an influential jazz force for established musicians and a springboard for aspiring young guns on the cusp of making a name for themselves. For over two decades Seth Abramson was at the helm for booking Jazz Standard. “I had the opportunity to give so many artists a platform,” said Abramson. “It feels like we made a difference and it’s not over.” Some of those who were just starting out during the club’s infancy and are now revered in the jazz community include pianists Jason Moran, Robert Glasper and Vjay Iyer, trumpeter Jeremy Pelt, and bassist and vocalist Esperanza Spalding. Established musicians that performed included the late Tommy Flanagan, Heath Brothers, Randy Weston, Dr. Lonnie Smith, Hugh Masekela and Larry Willis, Carmen Lundy, Jeff “Tain” Watts, Barry Harris, Theo Crocker, Ravi Coltrane and Donald Harrison. On the Latin jazz front Hilton Ruiz, David Sanchez, Yosvany Terry, Sylvia Cuenca, and Melissa Aldana; with venue album recordings by the Maria Schneider Orchestra, the Mingus Big Band, trumpeter Dave Douglas, drummer Dafnis Prieto and pianist Fred Hersch.

“This is a pause for so many of us to now take deep reflection on life,” says Abramson. “This is a rebirth for reaffirming life, the experience of art and this music that unites us.”

The Standard’s owners also expressed hopes that they will be able to revive the physical club in the future. “Although we are devastated by the closure,” they wrote, “we are optimistic about the future and look forward to writing the next chapter of Jazz Standard. In the meantime, we continue to host exclusive artist interviews and virtual performances across our online platforms including a Facebook Live series co-presented with the New Jersey Performing Arts Center (NJPAC).”

Musicians and venues across the country continue to fear the long-term repercussions of the coronavirus pandemic, with few “normal” re-openings in sight in most regions and without any federal relief offered to artists or to presenters. Republican Texas Senator John Cornyn sponsored a bill, Save Our Stages, specifically geared to helping independent venues withstand the pandemic. While it has accumulated dozens of cosponsors, it has yet to be passed in Congress.

Lamon Fenner, host of “Lamon’s Jazz Break at 8” on WHCR-FM (90.3), The Voice of Harlem (City University of New York’s radio station), has been unable to have a show since March when the coronavirus was declared a pandemic by the CDC. Early on, Fenner felt he could wait it out until the university and its radio station resumed activities. “I love working in the studio; artists would stop by and sit for interesting impromptu discussions on the music,” said the host. In November he felt he had waited long enough and hit the WHCR airways remotely from his Manhattan living room. “Working remotely from your home is not an easy task,” he says. “I had to buy another computer, a MAC to ensure that the sound and other technology components were in order.” Even with his new updates his show isn’t live but recorded days prior to its airing.

Fenner describes his show as, “Jazz music and all other pretty concepts that make your divine soul swing.” And he adds, “I am destined to do what I am doing now, keeping the legacy of this music alive.” He says his show’s programming is an eclectic mix, “I move with the spirit.” This week’s upcoming show will be his sixth since the pandemic ruled everything temporarily obsolete. This holiday season show will feature some Christmas and Kwanzaa swing. “During this holiday season I have to pay tribute to our beloved late colleague and friend Daai’ya El Sanusi, who passed on December 13, 2018,” stated Fenner. “She was a radiant star to us all and will always be part of our WHCR family.”

Fenner, a native New Yorker, grew up in Brooklyn’s Marcy Projects, graduated from Wingate High School and received both his Bachelor’s degree and Masters in Education from the City College of New York, Harlem campus. It was at Tulane University in New Orleans where he received his experience as an on-air radio DJ (WTUL). Prior to attending college he took basic radio broadcasting classes at an institute in Brooklyn. As a youngster he attended Bethany Baptist Church and was a member of the Drum & Bugle Corps. He had notions of playing the trumpet like his idol Louis Armstrong but he said with a laugh, “That didn’t work out.” His major jazz influences are Armstrong (“He touched my soul”), Dave Brubeck (his legendary album “Take Five”) and John Coltrane.

Fenner began programming his shows at Harlem’s WHCR (90.3) In 1988. He was one of the first jazz producers at the station. He was hired by the general manager Tony Batten, who was originally a radio personality at New York City’s now defunct 24-hour jazz station WRVR-FM, that closed down abruptly in the early dawn hours. While hosting Lamon’s Jazz Break at 8, he was a full-time teacher for the NYC Board of Education. As an educator, he was also an adjunct professor at his alma mater.

As a jazz producer, Fenner made his rounds to all the Harlem night spots such as Showman’s, St. Nick’s (a haven for superstars, aspiring and established musicians) Count Basie’s, Smalls, Lickedy-Split, as well as the Upper Westside’s The Cellar and Mikell’s.


Fenner’s weekly radio show from 8 p.m.-10 p.m. harks back to those days when personalities like Frankie Crocker, Eddie O’Jay and Hal Jackson ruled the airways, when relevant conversation was a cornerstone before corporations provided a cardboard platform for talking music heads. As a producer of his own show Fenner’s playlist crosses genres from John Coltrane to Gregory Porter, Donny Hathaway and Roberta Flack, and gospel. “I grew up in this music thing called jazz. I love it, I live it,” said Fenner. Lamon’s Jazz Break at 8. Check it.