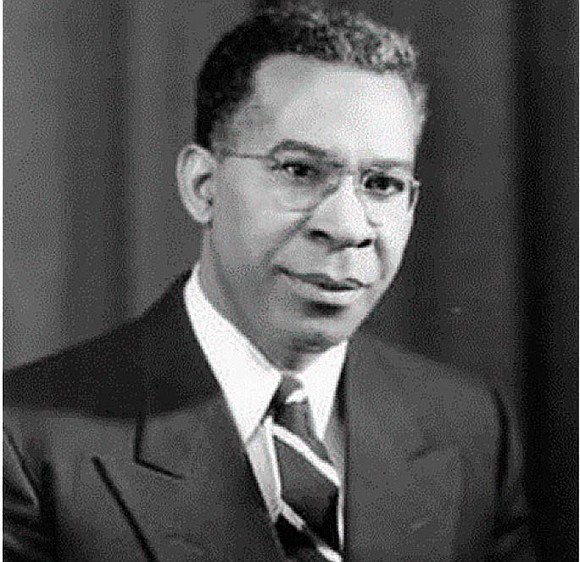 If nothing else, Isabel Wilkerson’s bestseller Caste: The Origins of Our Discontents, has resurrected a longstanding debate among scholars about the relevance of the term, particularly when caste was defined by the sociologist Oliver Cromwell Cox. While Wilkerson only quotes Cox once, it was enough to arouse a platoon of scholars, eager to challenge what they deemed a misapprehension of Cox’s conclusions.

Cox was born in Port of Spain, Trinidad on Aug. 24, 1901. His father, William Raphael Cox, to whom he dedicated his most famous book, labored as a captain of a revenue schooner, and later as a customs and excise officer. He attended Saint Thomas Boy’s School, where he studied math, English, language and other liberal arts courses. By 1919, he had arrived in the U.S. and begun matriculating at Chicago’s YMCA High School and later at Crane Junior College.

In 1927, he earned a Bachelor of Science degree from Northwestern University. His plans to study law were interrupted two years later when he contracted polio that crippled him permanently. Debilitated by the disease, Cox turned to economics and earned a degree in the subject in 1932 from the University of Chicago. His subsequent master’s and Ph.D. were in the field of sociology, both earned from the school by 1938.

His teaching career began at Wiley College in Marshall, Texas. Six years later he was lecturing at Tuskegee Institute and thereby, as the administrators stated, endowed them with prestige. In 1949, Cox relocated to Missouri to teach at Lincoln University where he remained until he announced his retirement in 1970. But that plan was delayed when he accepted a position to be a visiting professor in the sociology department at Wayne State University in Detroit, mainly coaxed and encouraged by the college’s Dr. Alvin Rose. Cox died in 1974.

When he wasn’t in the classroom, Cox was busy writing the books that would bring him the acclaim beyond the academy. Most notably, of the prolific authors’ books, is Caste, Class, and Race: A Study in Social Dynamics that was published in 1948. That book is considered his magnum opus—it may be ignored today, but upon publication it was a bestseller. Of course, such popularity and his Marxian analysis, brought him to the crosshairs of the anti-communists and this put a damper on his emerging reputation as a scholar. According to several of his followers, the FBI amassed a huge dossier on him which may have kept him at arms-length from the liberal sociological establishment. At the core of the book, Cox argued that an obsession with skin color prevented social cohesion among African Americans, thereby disrupting the possibility of them sharing an opposition against social and political oppression.

Caste, Class, and Race was essentially a reaction to Gunnar Myrdal’s classic study An American Dilemma, published four years earlier and offered a more thoroughgoing analysis of race, caste, and class. It was a systematic sociological examination of how those entities intersected and differed. His next book, Race Relations would continue his assessment of the analysis he had proposed and paved the way for Capitalism and American Leadership, published in 1962. Here he argued that economic exploitation preceded beliefs about specific groups of people. “Since any conception of a people as being capitalistically exploitable tends to breed universal contempt for them,” he wrote, “it seems manifest that the very spirit of the system must subside if respect for backward peoples is to be assured.” In effect, Cox believed that race relations in America “were fundamentally labor relations,” which upended the general misunderstanding of racism as psychological.

Cox is often cited by leftist scholars and academics, much in the manner of James Jennings does here from an occasional paper he delivered in 1993 on the cornerstone of Black Studies. “Between the turn of the 20th century and the period of Malcolm X,” he wrote, “there were many educators, activists, and scholars who insisted that scholarship that would be useful to the advancement of Blacks in the United States must be grounded in praxis and community service. This is reflected in the works of St. Clair Drake and Horace Cayton, Oliver Cox, John Henrik Clarke, and others. The proposal that community based research paradigms should be an important component of Black scholarship was not limited to African Americans. Blacks across the African diaspora insisted on this relationship; such scholars included C.L.R. James, Walter Rodney, Frantz Fanon, Amilcar Cabral, Julius Nyerere, and many others.”

When he arrived at Wayne State University near end of his career, it took a while before the activist community was aware of his presence but once they learned of this fact several of us took advantage of his sagely advice. A small collection Cox’s papers are housed at the University’s Walter Reuther Library that contains his manuscript of “Capitalism as a System” or, as titled on the first page, “The Capitalist System Its Structure and Functions.” The papers were donated through Robert Kunnath by Cox’s brother and processed by Shae Rafferty.