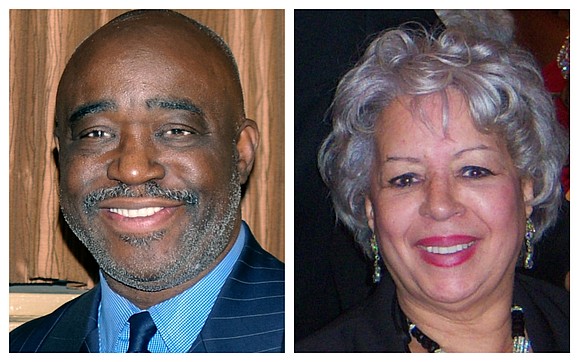 WHAT! NO New Year’s Eve? Well, not quite. This will be the first time this last column of the year will not feature an exciting fun list of New Year’s Eve jazz celebration happenings throughout New York City. This will be the first time in 24 years that Sista’s Place in Brooklyn’s Bed-Stuy section will not present a New Year’s Eve celebration with all the trimmings from soul food dinner to champagne toast and party favors. Unfortunately, the COVID-19 pandemic has made it horrifically clear that big celebrations and live performances are totally out.

But wait: You can celebrate New Year’s Eve with a virtual livestream from the Blue Note in Toyko, Japan, featuring the outrageous pianist HIROMI, from her home base, in a solo performance, at 11 p.m. to coincide with New York’s celebration. For tickets, visit the bluenotejazzclub.com.

Live At Smalls will stream Johnny O’Neal New Year’s Eve with two shows at 5 p.m. and 7 p.m. The vocalist and pianist O’Neal will be accompanied by bassist Mark Lewandowaski and drummer Italy Morchi. For tickets, visit the website smallslive.com.

Even the New Year’s Eve ball drop will occur without spectators. This year’s entire event is also being held as a virtual hostage due to the effects of COVID-19.

As we enter into 2021 still in the grasp of this global coronavirus pandemic, the world requires comforting from family and friends and good music. Music has been a significant soundtrack for America since the arrival of a kidnapped people to these shores. The rhythmic shouts of slaves as they picked cotton in the hot burning sun while singing out to each other eventually became a style of singing known as call and response, and those Sunday afternoons performing for the “Masta” and his family as they relaxed on the porch drinking ice tea and mint juleps, while young Black kids fidgeted next to adults, singing to a strumming banjo (the instrument was fashioned by Blacks in the U.S. adapted from African instruments).

The music and soundtrack of America has progressed dramatically since those days but the soulful spirit of the blues continues to play as the struggle remains in full force. Unfortunately, the COVID-19 pandemic has brought live music and participating audiences to a complete halt. Live music only exists through live streaming via Zoom, YouTube and Facebook. Such options leave music connoisseurs to their own meticulous devices such as dusting off their invaluable vinyl collection to be played on an old school component set. Other listeners are left to call out song titles to Alexa or hit the CD player or listen to online radio.

The plans for The Positive Community Radio (TPCR) online station were on the drawing board long before the coronavirus broke out but as fate would have it, they premiered in May 2020 as the virus raged on.

The obvious question is why start a radio station at all when there are so many choices; every genre from jazz, R&B to gospel and rock have their own 24-hour online music session happening and there’s Sirius Radio which allows subscribers with a push of a button to tune into jazz, smooth jazz, R&B, old schools classics, Quiet Storm and Adult Contemporary. “The Positive Community Media Company started an online radio station because we didn’t hear a broad range of music on the airways that we have created throughout the years that includes the African Diaspora from jazz to South Africa to Nigeria’s Fela Kuti,” explained co-founder/publisher and editor-in-chief Jean Nash Wells.

The station devotes seven days per week from 5 a.m. to 11 a.m. to gospel music.

The Positive Community has introduced a big deal playlist that roars with good music; there are no categories or distinctions between their flow. Doowop, bebop, hip hop are family members of the Black Diaspora sharing a cultural, historical and spiritual lineage of music. “We want to play all the music old and new,” said CEO and co-founder Adrian Council. “We want our music to influence younger people to broaden their musical palate and get excited about Black music in its many creative forms, as well as older listeners hearing other genres of Black music they wouldn’t ordinarily listen to.” It is a similar concept to Inner-City Broadcasting early on when it owned and operated WBLS-FM known as “The Total Black Experience in Sound,” a catchphrase used by its program director Frankie Crocker. The radio station WWRL-AM was known as The Sound of Soul/Progressive Radio.

Since listening to PCR, I am hearing artists not in my vocabulary but their sounds pique my interest: the London born and raised singer, songwriter and guitarist Lianne La Havas, Micael Franti & Spearhead—the group is politically and socially charged in the hip hop pool—and the soul group D’Influence. Each song, each sound is a pleasant surprise. Wells and Council are tagging their sound “Classic Black,” a unique experience in Black music.

“The online radio is a work in progress, we are moving forward to expand the music and keep the playlist updated,” says Wells. “At some point we are looking to add interviews and discussion groups to the air, discussing pertinent issues and topics as it relates to our community.”

It’s not unusual TPC started an online radio show. The media company has a website, YouTube page and of course The Positive Community Magazine, so online music was an obvious step. “We are faith-based and good always comes from the church just like music,” noted Council. “Our music is positive, spreading good vibes just as families in the community continue to raise children who will become outstanding citizens.”

The Positive Community is the only faith-based lifestyle magazine targeted to the African American consumer in the New York/New Jersey market. “Our magazine focuses on the Good News from the Church and the Community for the last 20 years.”

Music that journeys through the entire Black Diaspora can be heard at this link 24/7…Don’t miss soul sounds of the spirit.

COVID-19 in the year 2020 crippled the world, causing live music to come to a stop along with its audiences closing live music venues, as well as Broadway and comedy clubs. Such drastic measures called for musicians and artists to adjust their creative efforts to the homefront. Many musicians began performing livestreams from their homes, some dancers took to the street, a NYC opera singer took to her fire escape on a daily basis. The pandemic caused the music to become a revolutionary source of creative exposure similar to hip hop or break-dancing. As the year and pandemic raged on, policemen were responsible for the killings of George Floyd, Breonna Taylor and Ahmaud Arbery. These callous murders perpetuated protests and civil unrest around the world. As Black Lives Matter led ongoing marches, the U.S. House passed a police reform bill along with local state and city municipalities passing their own bills. The president’s continued refusal to admit the realities of the coronavirus and peaceful protests only led to more strife. The unrest ignited the creative flow of our musician warriors, who immediately began writing songs like “Running Thru America” by Allan Harris whose lyrics notes, “Tired of singing and tired of praying” or John Coltrane’s “Wise One” dedicated to Ahmaud Arbery on the duet album “Force Majeure” by Dezron Douglas and Brandee Younger. Black musicians have always been the drum majors for injustice; their music has taken us from the cotton fields to the pulpit to the Apollo Theater to the Johannesburg and Nice jazz festivals. The music, like the protests, are a call to unity, coming together for a common cause. It is a spiritual soul force, a call to unity that is the soulful essence of Black culture and its history. Kwanzaa is based on the same Black history and cultural concept. It is a call for Black people to come together not only during crisis but permanently to build, to teach, to lead, to celebrate the good. As we celebrate Kwanzaa it is most important that we acknowledge the seven principles and carry them out. Like Black music it acknowledges and celebrates Black life, what it is and what it can be as a unified family.

Thanks so much for taking time to read this column on a most inspired revolutionary genre we call jazz. My prayers go out to all the families who have lost loved ones to this horrible coronavirus or police bullets. To first responders, Harlem and those of good will.

All the best to you and your family in 2021. Health, Happiness and Prosperity. As this music serves as a backdrop to life you may just want to follow the lyrics of Sly & the Family Stone for inspiration in this new year…I Want to Take You Higher Everybody Is a Star in Life you must Stand! FUN is essential and You Can Make It If You Try.